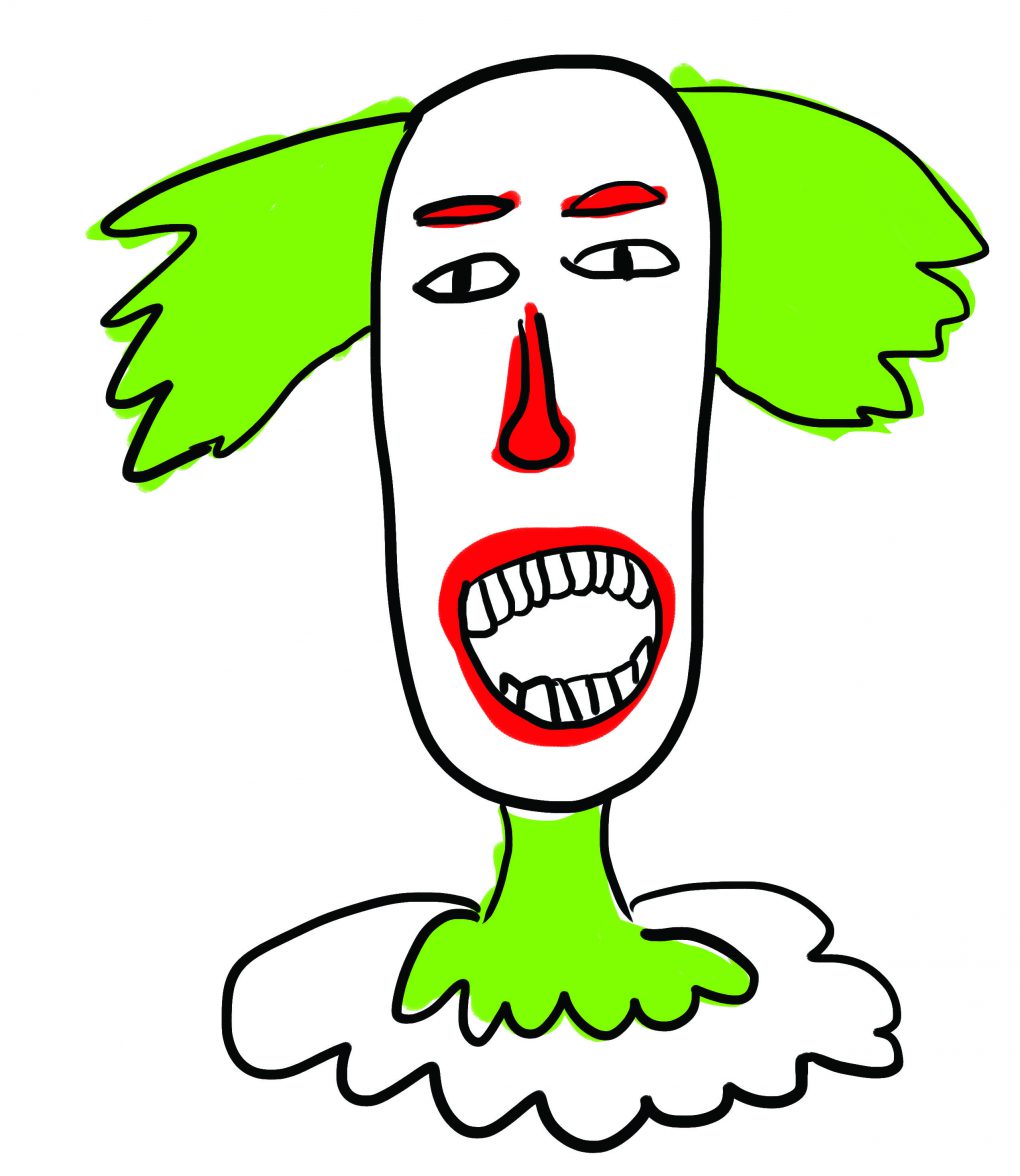 On a late, musty August afternoon in South Carolina, an unconfirmed report of a man with a red nose, pale face paint, and faded neon clothing was spotted luring children into the woods, sparking a national phenomenon that would soon lead to the threats of US citizens and thrill of “clown hunting.”

A longtime childhood fear of clowns shared by many has recently become a reality across the United States. Although clowns often feature at birthday parties or fairs, they are also portrayed as murderous horror figures, haunting the nightmares of children and adults since their appearance in early fiction and film, including Stephen King’s iconic “It.” The film featured the sinister Pennywise the Clown, leading to the negative reputation of clowns. Clowns are a source of fear for many people because they often use face paint and wigs to hide their true identities, making them almost inhuman; people don’t really know what’s hiding under all the makeup.

This fear has sparked a nationwide band of teenagers and adults posing as clowns threatening and attacking young adults. It has also lead to various “clown hunts”; earlier this month, Universities including Pennsylvania State University, TCU, and many more, have participated in campus-wide efforts to track down local clowns. But why are so many people on the hunt for these pranksters? Some do it for the adrenaline rush, for the game; others may do it for fear of their own safety, hoping to arrest or harm the clowns.

Houston has remained free of clown attacks, but there have been threats. In early October, a 14-year-old boy threatened HISD schools on his Twitter account, @smileytheclown. Soon his threats turned to a more personal spectrum as he stated, “After the upcoming week I will be in the Cypress area, but this time I will come to your homes. #ipromisethisisnotajoke.”

Although his threats seemed serious, the clown gave his tweets amusing connotations, “I heard it was character day tomorrow at Westfield #fantastic.”

In response to the threats, Tanglewood Elementary closed for the day and students were advised to take caution in their homes and in public. Police later identified the boy and arrested him shortly after.

As time has passed, the number clown sightings, attacks, and hunts has significantly decreased since early October. However, with Halloween approaching nobody knows what the clowns have in store.