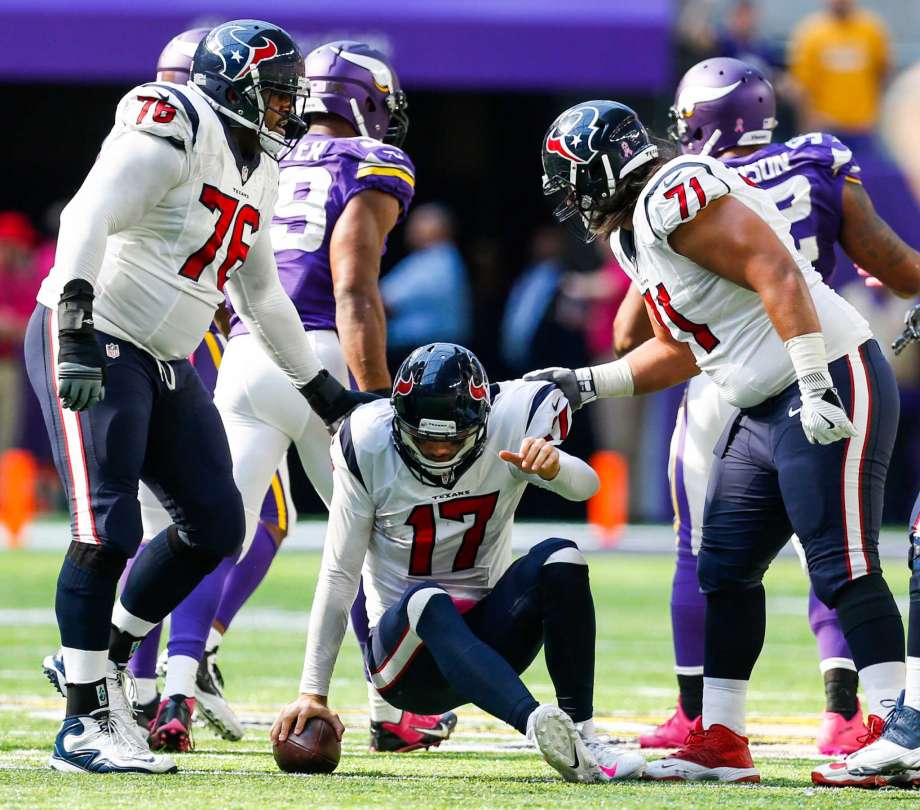 [dropcap]S[/dropcap]wallowed by the boos of spiteful Denver Broncos fans, Brock Osweiler strutted onto his old stomping grounds, ready to earn something not yet accomplished this season: a win on the road. 107 passing yards, and zero touchdowns later, it was clear Osweiler would not achieve  his goal.

Facing a 4-2 Broncos team with inexperienced quarterback Trevor Siemian, the Texans appeared to be ready for their Monday night duel after coming back to beat rivals, the Indianapolis Colts about a week prior.

In Week 6, down 23-9, the Texans scored 14 points in the final three minutes, becoming the second team in the history of the NFL to do so. Thanks to their lights out defense and functional offense working like well-oiled machine, the Texans looked like playoff contenders, and the city of Houston was warily sky high.

But on Monday Night Football, their fragmented offense, led by the disappointing performance of Brock Osweiler, soon brought them back to earth.

The main cause of this inefficiency seems to be Brock Osweiler. After going 0-7 on throws 15+ yards downfield and 18-34 in passing attempts overall, Osweiler collapsed, only to deliver his worst game yet.

Failing to connect with top receiver, Deandre Hopkins, Osweiler is making his job much harder. During the first seven games during the 2015-16 season, Hopkins had 776 yards with two different average quarterbacks. This season through seven games, Hopkins has just 390 yards. Osweiler’s inaccuracy is not only costing the team wins, but costing Hopkins the stats needed to elevate his legacy.

Although the defense and special teams could step up, the  erratic inconsistency of Coach Bill O’Brien’s playcalling and Osweiler’s counterproductive decision making is most troubling.

With the Detroit Lions visiting NRG Stadium this Sunday, Osweiler has six days to muster up some of the $72 million dollar talent the Texans seemingly wasted.