The show can’t go on without tech 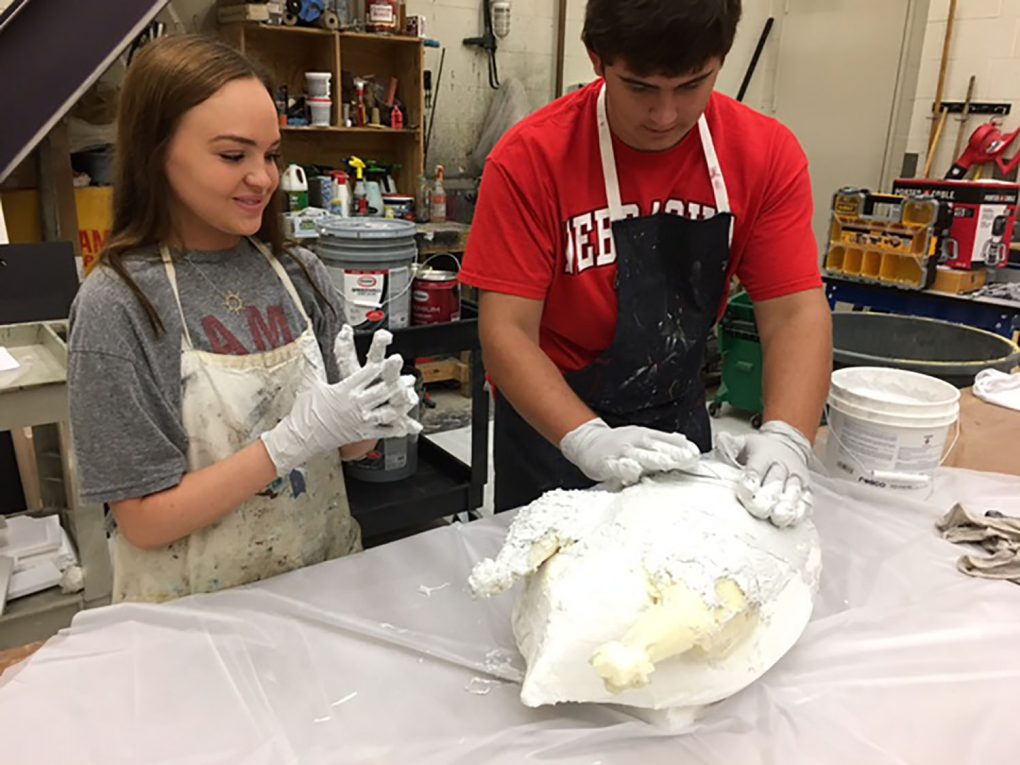 Along with Avery Looser (10), Celeste Santos led the Technical Theatre crew in creating the set and making sure the show went off without a hitch. Santos joined the technical theater program this year and found her passion after testing the waters in the world of technical theater while acting the year before.

When building sets, technical theater takes inspiration from other productions of the show they are performing. Although some of the props that gave the home have its eclectic and relaxed feel were borrowed from different families’ homes, most of the actual house was built by the technical theater class, including the stairs and flats. The home was complete with working light fixtures and a doorbell. The wiring on the light fixtures ran back to the light board, so the crew could control them from the tech booth during the show.

“The basement was definitely the most fun part of the set for [us],” Santos said.

The technical theater class converted the orchestra pit into the basement of the Sycamore house, and built trap doors fly open onto the stage. There were technicians underneath to open and close the doors and assist with costume changes. They also placed a smoke machine in the orchestra pit to simulate the explosions that were occurring down there during the show.

Although the smoke was an amusing effect in the show, it caused problems for the crew. During intermission on Friday October 14 the fire alarm went off in the Brown Auditorium. Some of the audience thought it was a special effect, but it was the smoke from the smoke machine that set off the alarm. It was not the first time this had happened, and the crew had already experienced this in tech week.

“We had to call security, who had to call the fire department, who could then turn off the alarm. Although Mr. Sell was not happy, we were pleased that it was handled in a timely manner,” Santos explained.