A clash in the library: Sophomores argue tradition 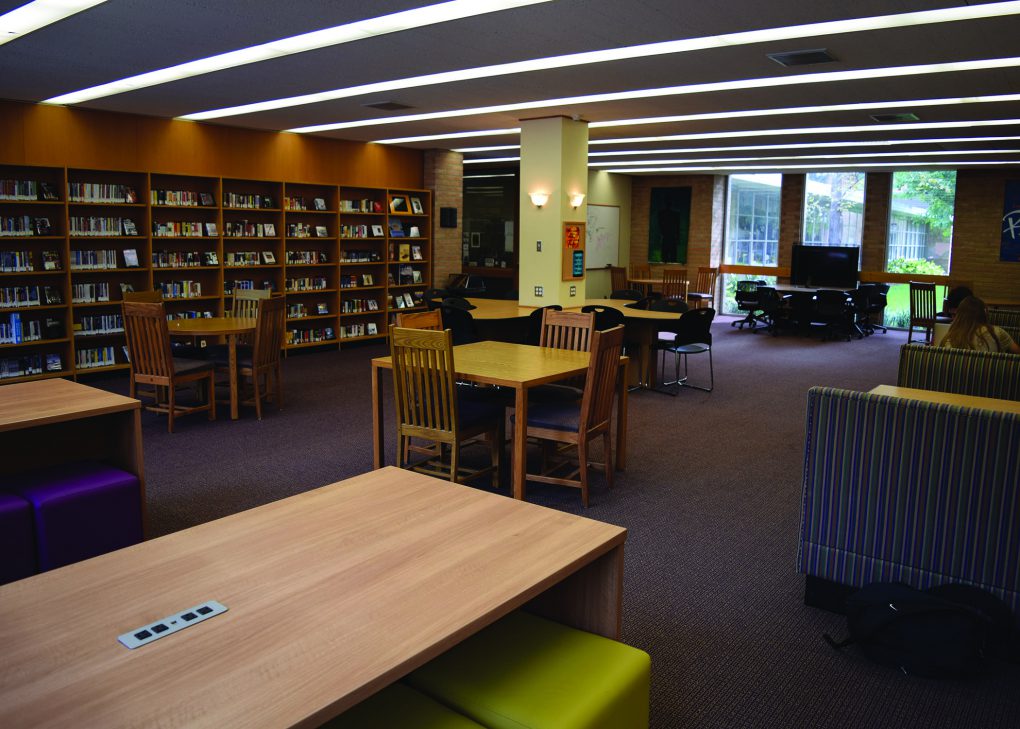 “It’s tradition,” Lena Provenzano (10) said, regarding the conflict between the juniors and sophomores involving seating in the library. It’s tradition that a new school year is accompanied by each grade switching to a new “hangout” spot. For the sophomores, that’s the area in the library just outside of the archivist’s office. On the first day of school, sophomores were surprised to find that the juniors had already reclaimed their spot from the previous year, fueling tension between the two grades.

Last year, the class of 2019 anticipated the time when they could do schoolwork and talk with friends in the sophomore space. This year the juniors’ lack of compromise with the sophomores was upsetting. “I don’t care that the juniors are here,” Laine Jacobe (10) said. “I just care that they won’t let us be here. It’s the fact that they don’t want us.”

It’s not just the booths and space that attract sophomores, it’s also the anticipation leading up to this year. Even if there were other locations with more comfortable seating, most sophomores would not move because they have looked forward to spending time there since freshman year.

On the second day of school, sophomores were hopeful when they heard about Mr. Josh Ramey’s email to the junior class, which forced them to temporarily vacate the sophomore area until they proved their ability to reduce the amount of noise and trash they were producing.

The following day, sophomores settled into the new spot, happy to be free of intimidating juniors. In effort to voice her excitement, Olivia Marrus (10) posted a Snapchat story with the caption, “Just two dogs lovin’ their new kennel.”

Marrus is Snapchat friends with many of the juniors, so they saw her photo. Her message was misinterpreted by the juniors, who perceived it as sophomores flaunting their “victory” over the juniors, and inflamed the tension between grades.

“I would like to publicly apologize for starting beef on my Snapchat story,” Marrus said. “It was a joke and I knew my friends would understand that. I can appreciate how it would upset juniors who don’t get my sense of humor. I didn’t mean to make anyone angry!”

Once juniors were able to move back to the library however, competition for seating resumed.

On Sept 15., Mr. Ramey sent out another email. This time, it announced  that this area will be closed before school and during lunch—the peak times—until students “have demonstrated an ability to show respect for the library and the people who work there.” Juniors have alternative places to choose from, including the pavilion outside of the library and the “Junior Cove” inside the senior hallway. Another option for both juniors and sophomores might be the upstairs of the new Dining and Learning Center, if allowed by administrators. The second floor has bean bags and other comfortable seating options, but is currently exclusive to middle schoolers.

While I understand that juniors have seniority over sophomores, if sophomores fail to get their desired spot this year it will continue to confuse the pattern of changing hangout areas every year. For this reason, we ask the juniors to empathize with us and realize that they were sophomores once too.