How to Stop Trolling 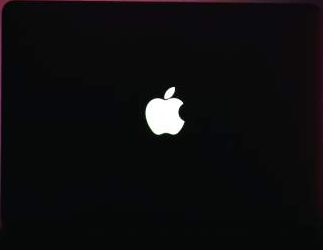 Troll (according to the Urban Dictionary): One who posts a deliberately provocative message to a newsgroup or message board with the intention of causing maximum disruption and argument.

There seems to be a spike in trolling. A 2014 study by the Pew Research Center found that 70% of 18-24-year-olds who use the Internet have been harassed at some point; we have all encountered trolls on the Internet at some point. Recently, trolls were on the cover of TIME magazine’s Aug. 29 issue; it seems like trolls are everywhere. We can personally combat trolling in four primary ways:

Trolls are real people. Jessica Morena, former Reddit head of community pushed to end “fatpeoplehate” when she was employed by Reddit. When she was working at Reddit, she found that trolls “would be a doctor, a lawyer, an inspirational speaker, a kindergarten teacher.” In other words, they would be normal people. Just like normal people, trolls crave attention (perhaps more than others). So, the Internet community created an unofficial rule: Don’t respond to trolls.

Ten positive comments for every negative one

Many kind comments can drown the negative comments. Gabby Douglas, American Olympic gymnast, received many offensive comments on Twitter during the Rio Olympics.  She said with tears in her eyes to ESPN, “Either it was about my hair or my hand not over my heart [on the medal podium], or I look depressed. … It was hurtful. It was hurtful.” However, her fans made the hateful comments pale in comparison to the sheer amount of positive ones.

Train local police on how to handle online trolling

Police are currently very ill-equipped with the necessary skills to tackle online threats and harassment. Take Amanda Hess, an American journalist and contributor for the New York Times for example. An anonymous user on Twitter threatened “to cut off [her] head, to rape [her].” “In my home state of California, it’s a crime to threaten bodily harm against another person,” she said. “The police officer that came to my door didn’t even understand what Twitter was, had no idea how to investigate such a crime, and I’m not even sure knew that it was criminal.” We can improve the situation by raising awareness about this issue and voting for officials who promise to improve the police department’s social media branch.

Draw the line between free speech and trolling

Social media companies are reluctant to tackle trolling because it is hard to decide what is free speech and what is trolling as it is subjective. Serious and organized discussion needs to take place to draw a clear line. This is perhaps the most important step in stopping trolling; we must all debate and discuss the differences between free speech and hate speech. If we want the internet to become a better place, then we must make it so.