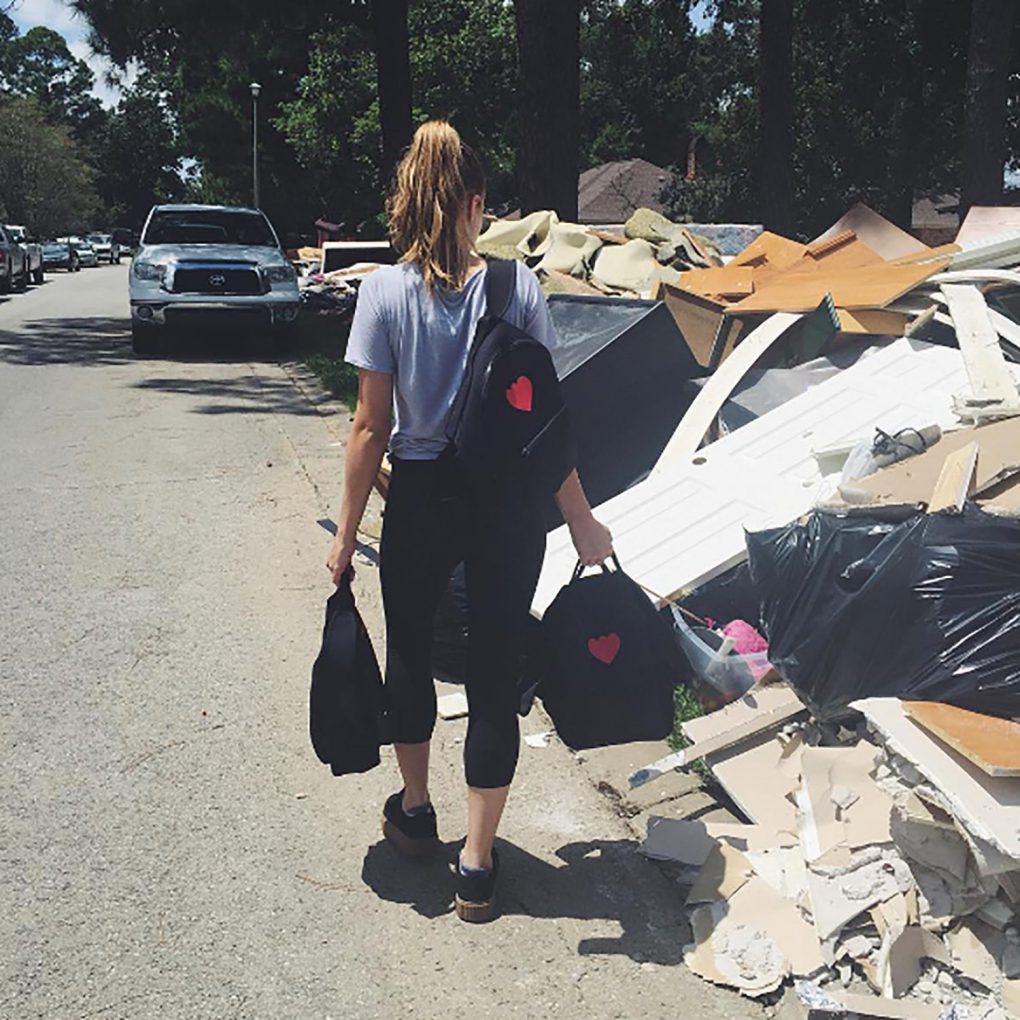 The city usually filled with noise and people was empty—spiritless. Instead of the loud jazz music that engulfs the city on any other night, the brass instruments that bring the city to life were scattered on the ground around every block. The city usually runs on the sound, but on this night, it was the deafening sound of silence that enveloped every corridor.

This intense silence is what stunned Olivia Hart (12). This wasn’t her home. What she saw couldn’t possibly have been the same New Orleans, where all the most cherished memories from her childhood took place.

With nearly 150,000 homes left in shambles and 10,000 Louisianians displaced, the Red Cross referred to the August floods in New Orleans as “the worst US natural disaster since Hurricane Sandy,” which took place in 2012.

“There was just enormous piles of stuff around the city,” Hart said. Sinking cars, submerged buildings and homes, and the sound of horses gasping for every breath took over the city.

But for Hart, this isn’t the first time she has seen her beloved city in shambles like this.

In 2005, the Hart family grabbed whatever they could hold with two hands or sling over their shoulders as they fled New Orleans. They left behind a nearly-completed, brand new house to be destroyed as Hurricane Katrina swept through Louisiana. The historic storm turned the city upside down, and what Hart expected to be a two-day stay nearby in Baton Rouge, Louisiana ended up being six months long.

“We were supposed to be there for a few days, but then the levees broke, and we had no choice but to stay in my grandmother’s small, two bedroom house with eleven people for six months,” Hart said.

At the time, Hart was in first grade. While in Baton Rouge, after losing almost everything, from her clothes to favorite toys, she received a special donation from one of the hundreds of booths that sprang up around the city, funded by national companies that wanted to help the community. The day before she started school in Baton Rouge, Hart held in her hands something she would never forget.

“The first thing donated to me was a little pink backpack filled with clothes and school supplies. I had barely anything at the time,” Hart recalled. The backpack and the gesture behind made a lasting impression on her.

She came back to pay it forward, and to give back to the communities that supported her family years before. After all these years, Hart never forgot the little pink backpack.

“Baton Rouge took care of my family and [me] when we needed it most,” Hart said.

Hart, along with her two older cousins Miranda and Morgan Lee, currently in college, started Hartpacks. As of now, the organization is solely run and funded by the Hart family, but Hart plans to reach out to the community for support in the future.

“As it grows, we hope to start accepting donations for certain causes and for certain backpacks for a fixed price,” Hart said.

Olivia, Miranda, and Morgan stuff whatever they can in a Hartpack. Distributing 50 Hartpacks to flood victims, each one came with a sack lunch, a reusable water bottle and flashlight, a set of Crayola color pencils and markers, a different Beanie Baby in every Hartpack, and Hart’s personal favorite item: one bottle of bubbles. Hart and her cousins walked through neighborhoods throughout the city and hand-delivered the backpacks to shelters and to any young children they saw passing by, the same way she had received the little pink backpack eleven years ago.

There is one unique image on a Hartpack. The black, neoprene Hartpacks full of snacks, books, and toys has a heart with three curves instead of two, representing the three girls behind the project.

The success of Hartpacks thus far is a testament to her dedication and love  not only for service, but also for the people she is serving and the smiles that her Hartpacks put on the kids’ faces.

To learn more about Hartpacks, visit hartpacks.com for more information.