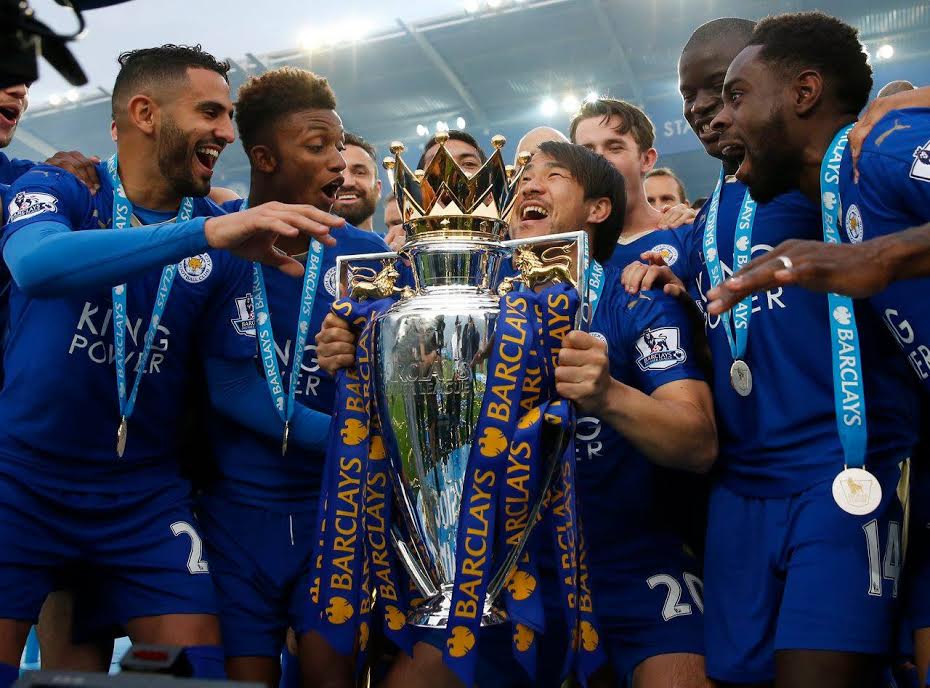 [dropcap]T[/dropcap]he U.S. men’s Olympic hockey team winning the gold medal over the USSR. The Red Sox coming back from down 3-0 to beat the Yankees. Buster Douglas knocking out Mike Tyson. Secretariat winning the Triple Crown. Villanova stunning Georgetown. While a case can be made for each of these events as the greatest sports upset of all time, my vote goes to Leicester City for winning the Premier League.

For casual fans, it is almost impossible to understand this incredible feat. One way to do so is by looking at the gambling odds. When the Barclays Premier League (BPL) season began back in August, Leicester—pronounced Less-ter—were listed with 5,000-to-1 odds to win the league. For perspective, the odds that Kim Kardashian would become the next U.S. President were only 2,000-to-1.

The Leicester City Foxes captured their first top-flight title in the club’s 132-year history on May 2nd, after Chelsea tied 2-2 against Tottenham. This result ensured Leicester City’s fairytale season ended as not even Leicester City fans thought possible nine months ago.

That is not to say that the result was unexpected; Leicester has spent most of the season on top of the league table. Very few people, however, actually expected them to hold off the usual challengers of Arsenal, Tottenham, or Manchester City. Fans, analysts, and other teams all expected the underdog Foxes to falter, but they were proven wrong, and Leicester finished on top of the world’s most watched soccer league in the world (an average of 12 million people worldwide watch each BPL match).

The Leicester City payroll for the entire team is £48.2m. For comparison, last year’s champions, Chelsea, have a payroll of £215.6m this season. Last summer, Manchester City paid a record £49m for one player, English winger Raheem Sterling.

The rise of Leicester City is even more impressive because they were promoted from the second division of English football just two years ago, and barely managed to avoid relegation to the second division last season. Truly, it is a miracle that the Foxes were even in the Premier League this year, as they were last in the 20-team league last spring, before they managed to win seven of their final nine games to avoid relegation.

At the end of last season, Leicester’s Thai ownership group decided to part ways manager Nigel Pearson, and brought in the well traveled Italian manager Claudio Ranieri. Ranieri had recently been fired from his position managing the Greek national team after a humiliating defeat to the Faroe Islands (90th in world FIFA rankings). Ranieri stated at the beginning of the year that he hoped for the team to finish with at least 40 points (they currently have 80).

The Italian Ranieri (known as “The Tinkerman”) set up Leicester in a traditional 4-4-2 formation tailored to their lightning fast style of play. Under the advice of their head of scouting, Steve Walsh, Ranieri also finalized the signing of Shinji Okazaki, N’Golo Kanté, Robert Huth, and Christian Fuchs.

In the very first game of the season, the Foxes defeated Sunderland 4-2 behind goals from Riyad Mahrez and Jamie Vardy. This was a sign of things to come, since Mahrez and Vardy have played brilliantly throughout the season and have become two of the top five scorers in the entire league. Vardy was signed for just £1 million from Fleetwood Town in 2012, and received little attention before the season began. Vardy broke Ruud van Nistelrooy’s record by scoring in 11 straight games this season. What is even more impressive about Vardy’s success is that the 29 year-old was working as a technician making medical splints while playing seventh-tier football less than five years ago.

Supporters from other teams have come to support the Foxes quest for the title, and marvel at the history that is being made. “I have been following English football for over thirty years and have never seen anything like this,” said Arsenal supporter Mr. Curry. “The only thing I could possibly compare this [Leicester winning the league] to, would be a minor league baseball team winning the World Series. It is unbelievable.”

While Leicester City was fortunate not to suffer many major injuries throughout the season, the inconsistency of their rivals prevented any serious challenge for the title. The players gathered to watch the game between Chelsea and Tottenham at Vardy’s house, and a video posted by Christian Fuchs on Twitter showed them dancing and going crazy. The result also led to massive celebration in Leicester, where fans poured out of pubs to party on the streets.

The Foxes close the season against Chelsea and will participate in the UEFA Champions League for the first time next season.