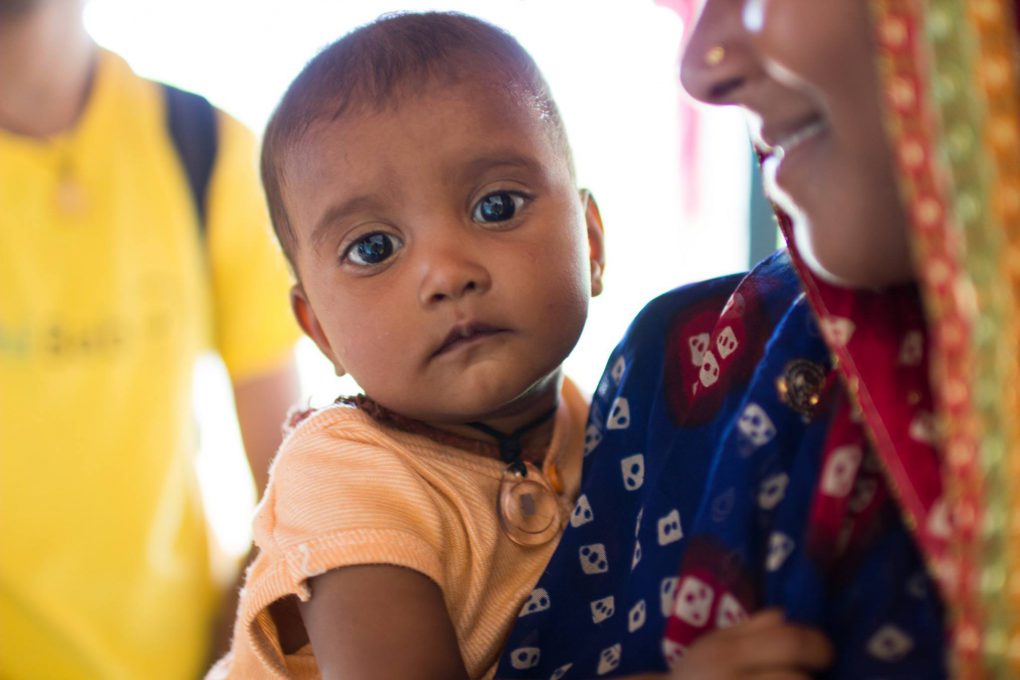 Five years after he graduated from Kinkaid, Ruchit Nagar (Class of ‘11) has already made this year’s Forbes 30 under 30 list, a tally of the brightest stars in 15 different fields, ranging from entertainment to sports, with the recipients all under the age of 30. This year’s list includes well known people like Lena Dunham and Kevin Durant.

“It was sort of unexpected, my parents are super proud, and I’m very humbled to be included on the list,” said Nagar, who is appears on the Healthcare list.

Nagar, currently still an undergraduate at Yale, was featured in the business magazine for his work with his company, Khushi Baby. The company came out of a class project Nagar undertook at Yale through the Center for Engineering Innovation and Design. In place of the usual final exam or paper, the major assessment of the class was to build a prototype product and submit a business plan for deploying it. At the end of the class, Nagar continued the project with other students who wished to seriously pursue the idea.

Khushi Baby is now a non-profit that combines electronic medical records with wearable NFC (Near Field Communication) technology. The company makes necklaces that contain the medical history of the wearer, which can be scanned by medical personnel. The company is currently conducting trials in areas around a state in India called Rajasthan. The choice to start in Rajasthan came about through the ties Yale University already had with a NGO (Non-governmental Organization) on the ground in the region. However, Nagar also has personal ties to the region; his father’s side of the family originates from Rajasthan.

The necklaces are not just technologically innovative; they are also unique in the sense that they are designed to respect the culture of the area where they are being distributed. The black thread used in the current Khushi Baby necklaces sold in India is significant because of its symbolic meaning of protecting a newborn child from evil spirits. Each necklace costs $1 and can be scanned by a smartphone. Because these necklaces are designed with the community’s culture in mind, Nagar’s team has been able to more easily distribute it to their target users. Because immunization records are more readily organized and available, significant strides are being made in safely administering vaccines to young children. With the patient’s medical history so readily available, doctors will know if a child is missing a necessary shot, or whether the child has any allergies or shown signs of previous reactions, or any special needs.

Starting the company was not easy. Nagar struggled to bring the concept out of the classroom setting and figure out a way to connect the product with the users. The team initially received funding from a Kickstarter campaign, surpassing their original goal of $25,000 by $6,500. At Yale, Nagar and his team entered and won a Social Enterprise Pitch competition, which allowed them to travel to India and interview hundreds of mothers, city officials, and nurses, to figure out what system was currently in place for immunization records. Back in the US, the team applied for more grants and met with stakeholders, which was challenging because many people did not take them seriously: they appeared too young, too inexperienced. The team continued to spread the word about Khushi Baby, and aside from gaining additional funding from stakeholders, the team won a big grant, funded in part by the Bill and Melinda Gates Foundation.

“I think that if you have a good idea and you’ve thought through it really well and you have the data behind you, and have some diversity [in experience] on your team, then it does up your credibility,” explained Nagar. “If you’re confident in presenting what you’ve worked on so far, you can really get a lot of support.”

Nagar and his team are still grappling with the idea of whether or not to continue Khushi Baby as a non-profit. Nagar said, “Our fundamental issue is to maximize social impact as opposed to the bottom line.” Being a for-profit entity requires a little more work and so far, given the way it was started, it makes more sense for Khushi Baby to remain a non-profit. Being a non-profit does not mean a company can’t be profitable, though. According to Nagar, “It’s still very important to be able to pay your team a good salary for all the work they do.”

“I worked very hard on [Khushi Baby], but you know, there are other people on the team both in India, and the US, who are sort of mavens in their own respect from being the person that can raise the field army to go and collect data and implement everything to the person who is really good at marketing and selling and pitching to government officials,” Nagar said.

As for his favorite part of the job, Nagar really enjoyed seeing something that was once just a project for a class become a reality. “Being able to see the idea in action and knowing all the steps and teamwork it took to get to that point is really rewarding,” Nagar said.

Nagar is currently completing his Masters in Public Health at Yale. He will attend medical school at Harvard next year, and continue running Khushi Baby.