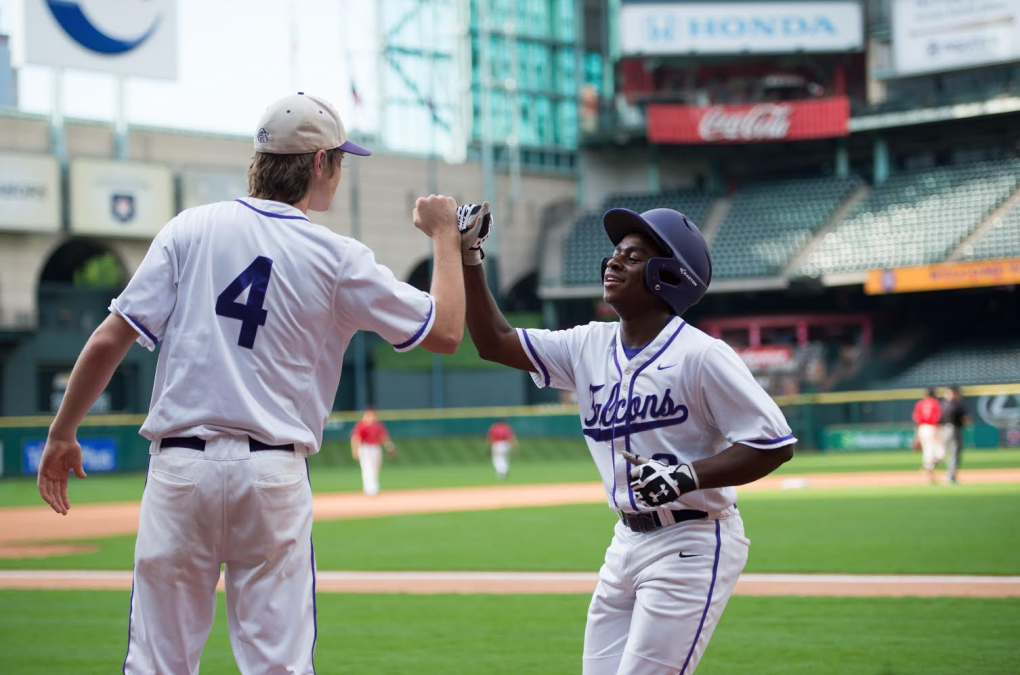 Sax Morgan (11) stepped onto the bright green grass and looked up to the endless rows of blue stadium seats. He was about to check something off of his bucket list. “I thought to myself, ‘I’m about to play baseball at Minute Maid field,’”said Morgan.

On Thursday, April 21, the Kinkaid varsity baseball team stepped onto Minute Maid Field in anticipation for their SPC counter game against the St. John’s School. This was the first annual baseball game between the two rivals to be played at Minute Maid Field. “When I was younger, I would go to Astros games and imagine myself playing on the field,” Morgan continued. “Not once did I ever think it would actually happen.” Not only did the Falcons get to play at Minute Maid Field, but they also left the field beating St. John’s 8-2.

The Falcons started out strong when Johnathon Thomas (10) had an explosive hit, almost touching the top of the fence on his first at-bat to get the large Kinkaid student section riled up for the rest of the game. Captain Michael Goldak (12) pitched the entire game, only letting St. John’s have two hits, leading the team to a 23-8-2 record.

“We left the game knowing that we played our hardest,” said Morgan. “We also left knowing the Boston Red Sox would be sitting in the same dugout as us the next day, and that was pretty cool.”

The Falcons headed to Dallas this past Thursday to compete in the SPC tournament.