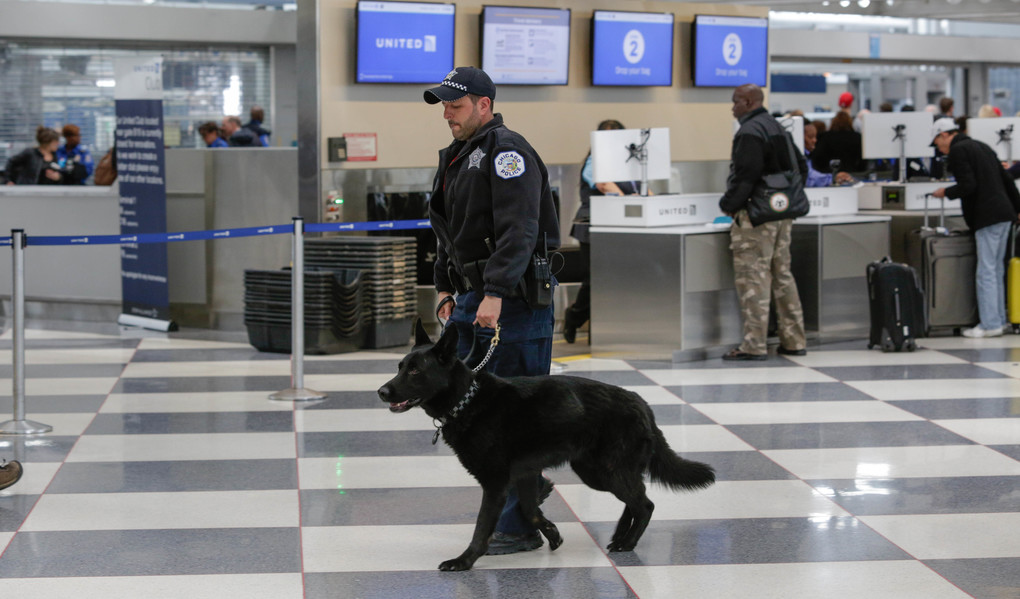 [dropcap]F[/dropcap]or the past few months, news outlets across the world have been filled with grim headlines from many horrific acts of terrorism. ISIS has conducted many of these recent terrorist attacks, including those in Beirut, Paris, and Brussels.

Formed in 2004, ISIS is a group of jihadist extremist militants led by Sunni Arabs from Iraq and Syria that have gained many followers and filled the power void in the region. The fear of terrorism has been exacerbated by unrelenting media coverage of such events.

In December 2015, Gallup polls reported that 51 percent of Americans surveyed worried that they or someone they know may become a victim of terrorism while 67 percent believed that terror attacks are imminent in the United States. Terrorism was also ranked as the nation’s most paramount issue, surpassing both the economy and government.

Much of this fear is due to the hype and panic brought to the public’s attention through social media and news agencies. For example, WWIII became one of the top trending topics on Twitter after Turkey shot down a Russian plane in November, even though foreign policy experts said their fears were misguided.

There is no denying that the threat of terrorism is very real, but does it warrant the current reaction? And should terrorism stop you from traveling abroad?

Of course not! The solution to solving this fear is to put the risks into perspective and not be terrorized into letting fear rule your life. The FBI defines terrorism as “the unlawful use of force and violence against persons or property to intimidate or coerce a government, the civilian population, or any segment thereof, in furtherance of political or social objectives.” According to this definition, there have been 337 American deaths due to terrorism worldwide from 2004 – 2014.

For comparison, 329,107 Americans have died due to firearms on U.S. soil during that same time period. Your risk of dying by falling off of furniture (beds, couches, chairs) is about one in 4,000, the odds of being killed in a car crash are about one in 19,000, drowning in your bathtub (one in 800,000), or being struck by lightning (one in 5.5 million) all far exceed your risk of dying from terrorism (one in 20 million).

However, these kinds of calculations do not take into account a different type of fear that goes through our minds: “dread risk.” This “dread risk” refers to very low probability, but high impact hazards such as terrorism.  Some psychologists have suggested that this fear comes from when we were hunter-gatherers, and many deaths at once could wipe out an entire clan of people.

While most people do not change their plans due to reports of a car crash, they will rush to cancel trips abroad due to reports of a terrorist attack. The panicked response to a terrorist event can sometimes lead to more deaths than the actual event. After 9/11 there was a surge in Americans driving rather than flying, and this spike in traffic led to a huge increase in the amount of deaths due to car crashes.

Terrorists have also changed the way that people view some countries. When people think of Syria, Iraq, Lebanon, or many other Middle Eastern and now European countries, the first things that come to mind are bombings and other terrorist activities. To be true global citizens, we must break the perceptions that this small group of terrorists have created.

If people become so afraid of a terrorist attack that they will not travel around the world, the terrorists have succeeded. Not only are local businesses hurt, but every citizen from countries that have done nothing wrong are marked with an unfair stigma.

The recent terrorist activities around the world will no doubt slow the flow of tourists to many cities and hurt local businesses that rely on tourism. After the attacks in Paris, President Obama told the American people not to “succumb to the fear…that is how the terrorists win,” he said.
“We cannot give them the victory of changing how we go about living our lives.” -President Obama
America’s panic and extreme fear of Islamic extremist terrorism can be rationalized, but has affected public policy in a costly manner. Since the 9/11 terrorist attacks, the U.S. government has spent trillions of dollars fighting the war on terror while federal spending on improving vehicular safety and research for Alzheimer’s and diabetes pales in comparison.

Yet traffic deaths, Alzheimer’s and diabetes account for hundreds of thousands of deaths each year in the United States while the number of deaths due to terrorists in the last decade on U.S. soil is less than 100.

While some of this funding is definitely needed, the government is unlikely to shift any of the counterterrorism funding towards other areas as long as most Americans have oversized fears of a terrorist attack.

When traveling in countries with a higher chance of terror (Israel, Egypt, Turkey etc.) there are many steps you can take to ensure your safety.  Carry a cell phone with emergency phone numbers, avoid public demonstrations, enroll in the U.S. State Department’s Smart Traveler Enrollment Program (STEP) for emergency updates, and carry your hotel’s business card in the native language.

Also, don’t focus so much on avoiding risks that are highly unlikely that you forget about much more likely ones. Traffic accidents, sunburn, and pickpockets are all much more likely to ruin a vacation than a terrorist incident.

While terrorism is certainly a concerning issue, it should not stop us from traveling around the world. The best way for us to defeat the terrorists bent on scaring us, and the media intent on perpetuating this paranoia, is to (at the risk of sounding trite) “keep calm and carry on.”