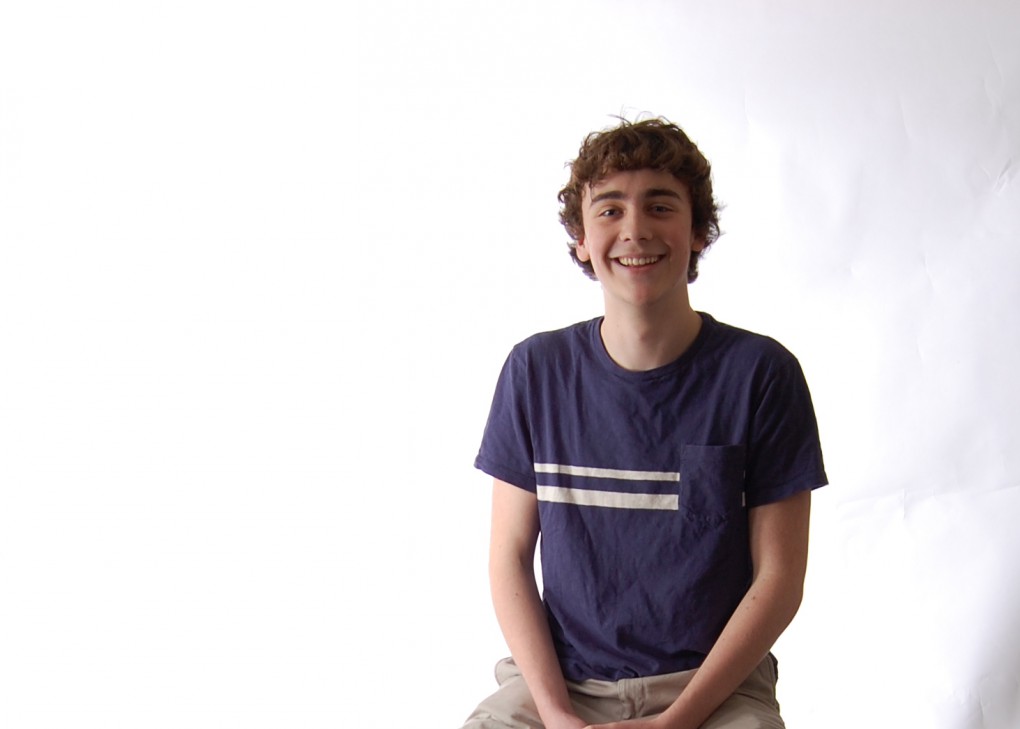 [dropcap]H[/dropcap]e checked in with the second assistant director at base camp before getting into wardrobe and heading over to hair and makeup. In his trailer, he popped in his headphones and listened to sad music––usually a song by A Great Big World––to get in the mood for the upcoming scene. This is a day in the life of Ty Doran (12), when he’s filming an episode for American Crime.

American Crime, an anthology drama show that premiered in 2015, focuses on a different crime and its impact on the community each season. Similar to American Horror Story, another anthology series, each season is a different storyline but recasts the same actors in new roles. The second season takes place in Indianapolis, Indiana and follows the story of a scholarship student who accuses the basketball team of drugging and raping him at a party.

Last August, Doran successfully auditioned for the role of Peter Tanner, the brother of one of the basketball players, on a soundstage in Austin. After waiting in a room alongside other potential Peter Tanners for close to an hour, his actual audition didn’t last longer than a minute. It was a quick read of a scene from the second episode, which he delivered in front of the casting director, a camera operator, and one of the executive producers.

He left the room “feeling pretty good.” He was about to start his two-hour drive back to Houston (he had to miss a day of school for the audition), when the director came out and called him back to the room to do another read. Two days later, he got a text from his dad to stop by his office before a football game at school. When he got to his dad’s office in the Katz Performing Arts Center, he was greeted by both his parents, who promptly delivered the news: Doran’s agent had called to tell him that he had just landed a role in the second season of ABC’s critically acclaimed show, American Crime.

Filming for the second season began Aug. 31 and ended Dec. 8. Full scripts are typically sent to actors eight days in advance of the day of shooting, so the actors just over a week to learn all their lines.
“Memorizing lines for this role was not particularly hard,” Doran said. “I would get an email with the script, and for some episodes, there is some information they really don’t want leaked, so blacked out versions of the script will be sent so I can’t see it all. For one episode, I only saw my lines because it was a big climactic episode, and they don’t want spoilers being leaked.”
Doran has spent “a lot of time” on shuttles from base camp to set, where he and the other actors would run lines. Once the team reaches set, a rehearsal takes place with just the actors and the director, while the crew looks on to get a bearing on how they will line up the shots.

Like most shows, each episode is the work of a different director. Doran explained that each director has very different ways of communicating with the actors. Most of the directors were “all super nice,” but Doran does recall “one director that [he] didn’t get to work with that apparently was just not a kind person.” He described the crew’s atmosphere as being “completely downtrodden,” and that everyone rejoiced when the director departed.

Unlike many other TV shows, Doran noted that “the episodes are written kind of as the episode before it is being shot, so it’s not all pre-written.” He has noticed that his character has even morphed slightly over the course of the writing process.

Doran explained that due to the fact that the show follows so many family storylines, he has only really gotten to know the people who play characters in Peter Tanner’s immediate family, including actors Joey Pollari (Avalon High) and Emily Bergl (Scandal, Law & Order SVU, Grey’s Anatomy).

Doran’s character attends a private high school, and his older brother is a member of the winning basketball team. There are some similarities between his life and Peter Tanner’s, but he’s definitely not just playing a version of himself.

His personal style and wardrobe also doesn’t align with that of Peter Tanner’s. Also, because the story takes place in Indianapolis in February but the show is filmed in Austin in August, there have been days when he has had to wear “full-on wool socks, jeans, an undershirt, a fluffy overshirt and a big winter jacket in the first scene I ever shot,” all in 90 degree heat. “It was a lot,” he added.

Doran’s most memorable moment on set involved his mom and some cupcakes. “So my birthday happened to fall on a day that we were filming, so my mom thought it would be a fantastic idea to bring cupcakes and have a little birthday party with the crew while I was shooting a scene. So I was literally shooting a scene while the crew was eating cupcakes celebrating my birthday,” he recalled.
“I do watch my episodes back, but I don’t like watching myself,” he explained about his indifference about watching himself on television. “That’s not my most favorite thing in the world. I am a harsh critic, but definitely not my harshest, but it’s not a great experience. It’s kinda surreal.”
Catch Doran on American Crime on ABC Wednesdays at 9:00 p.m.