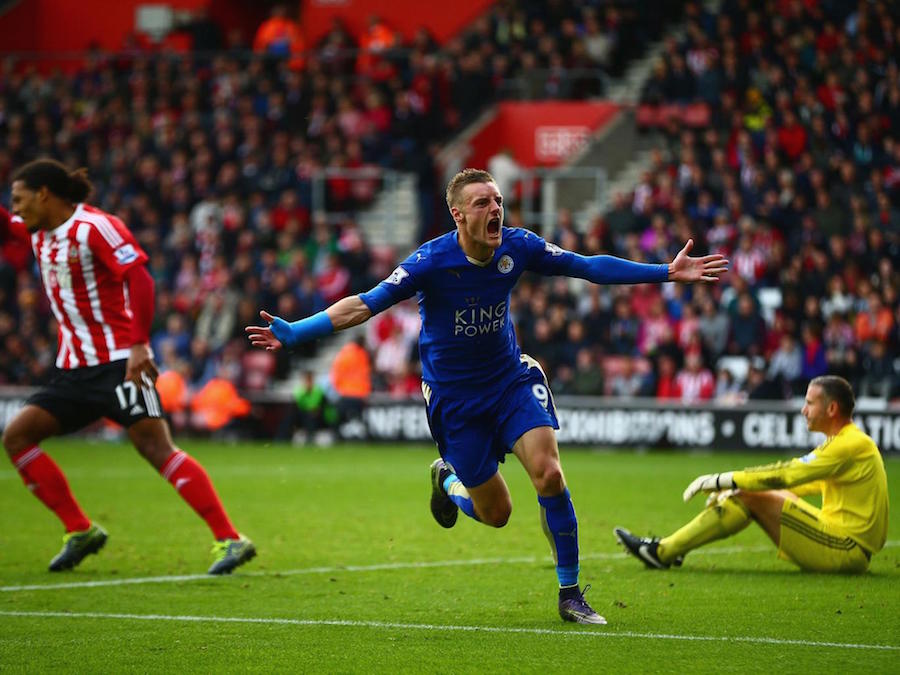 [dropcap]A[/dropcap]s we near the midpoint of the English Premier League season, there have been many surprising storylines. At the top of the list is the shocking form of last season’s champions, Chelsea. They currently sit in the bottom half of the league at 14th position with only four wins in 14 games. Manager José Mourinho has promised to make transfer moves to bolster their roster as the January window nears. With both attacking and defensive woes, Chelsea will definitely be active.

The biggest surprise of this young season has to be Leicester City. The Foxes, who were threatened by relegation at the end of last year, have seen a lot of success on their campaign so far and currently sit atop the league table with only one loss. Much of their success has been due to the emergence of striker Jamie Vardy and Riyad Mahrez. Mahrez, an Algerian forward, has netted ten goals, tied for the second top scorer, while assisting for six so far this year.

Vardy, 28 years old, has been a revelation for the Foxes and leads the EPL in goals scored at 14. He also holds now the record holder for goals scored in consecutive EPL games, passing Ruud van Nistelrooy at 11. When he was signed for just £1 million from Fleetwood Town in 2012, Vardy was relatively unknown before the beginning of this season had not received much attention. Vardy’s rise to fame is even more surprised as he was working as a technician while playing non-League football less than five years ago.

Manchester City have fallen to third the EPL standings with 29 points in 14 games. Sergio Agüero however, has notched seven goals this year and recovered well after he suffered an injury early on. Last season, he scored 26 and was crowned top scorer, but as he stands in seventh for this statistic. The new £54 million signing for Manchester City, Kevin De Bruyne, has also been in good form, racking up six assists so far. City’s title winning dreams are by no means crushed despite recent form.

Arsenal and Manchester United are two other teams that are striving for the EPL title. The Gunners (Arsenal), have kept their Champions League hopes alive after a poor start to the competition and also sit second in the league with 30 points. All four English teams in the Champions League (Chelsea, Arsenal, Manchester City, and Manchester United) could go through to the next round with wins. If they do, it will break a recent trend of poor performances by English teams in the International tournament.

Manchester United, although rather comfortable in fourth, have struggled in the striker department. In the past six games, three of those have resulted in goalless 0-0 scorelines. Martial seemed promising at the start of the season but has seen a drop-off in finishes. With only two goals in domestic play, Wayne Rooney has struggled recently, even suffering an ankle injury two weeks ago against Leicester.

For other EPL sides, success has been tough to find this year. Aston Villa, Newcastle, and Sunderland are currently on the bottom of the table with seven combined wins. The departure of Christian Benteke seems to be haunting Villa, who are currently in last position, as they have struggled mightily to produce goals.

Everton striker Romelu Lukaku tied with Mahrez for second in goals scored this season in the EPL with ten, especially impressive considering the side is in eleventh. Mesut Özil from Arsenal has the most assists with 12 and has been in spectacular form recently. Every team will be in action again this weekend.