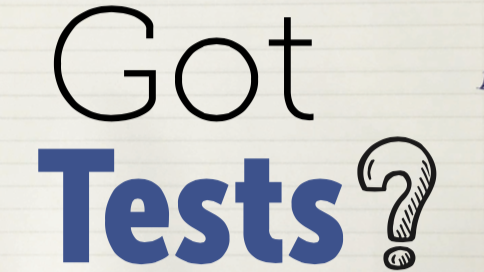 [dropcap]T[/dropcap]ests. We all take them and we all hate them. Some teachers give long, strenuous writing exams while others, such as Dr. Scott, test students by having them draw what they interpret from a reading. Recently there’s been a reevaluation in the way students in America are tested and questions regarding the reasoning and purpose of so much testing. Many people feel there is too much class time spent on preparing for tests rather than actually learning and not as much emphasis on the outcome.

The Obama administration released a statement on Saturday, Oct. 24 saying that there needs to be less testing in schools and more time learning, as well as that testing should be a way of measuring whether or not students are on track and are improving. In a video released on Facebook, Obama said, “In moderation, I believe smart, strategic tests can help us measure our kids’ progress in school.” He also made three main points: students should only take necessary tests, tests shouldn’t take too much class time and take away from learning, and we should use other methods to gain information on progress of students’ learning through things like class work and surveys.

[dropcap]T[/dropcap]eachers at Kinkaid have varying opinions on the effectiveness of creative testing methods are in their classes. Ms. Zamudio has found great success using a class presentation of a play as a method of grading students in her literature class. “In my literature class we read a play together and students performed the play. Sometimes they would change it as long as the kept the main ideas the same, or they would modernize it. The students really enjoyed performing for the class rather than sitting down and taking a test I liked it more as well.” Dr. Anderson’s classes have also experienced other ways of testing. His students were graded based on how accurate they were during their in class lab. He said, “In physics sometimes we do what’s called a practical lab which is when we test students based on how they perform in the lab. The scores are based on how well the student complete the lab.”

While some teachers have found these methods beneficial for the students, others such as Mr. Gomes haven’t had the same success when trying to apply it to their classes. Mr. Gomes found that the issue wasn’t with the testing itself, rather the logistics of organizing everything in a way that was fair to all students.
“The problem with creative tests is that they depend on all students being there on a designated day. I gave a test during a block period where students started out taking a test in groups, then progressed to working on their own by the end of the period. The problem was that the students who weren’t there had trouble making it up because it wasn’t possible to recreate the same environment as we had in the class.”

There’s a universal desire to improve education in America. Starting back in the 1990’s when the country began to use outcome-based education as a means of measuring students overall intelligence. Outcome-based education lead to the Goals 2000: Educate America Act which was signed by President Clinton in 1994. The act’s primary purpose was to set goals for education standards and be met in by the year 2000. Following Goals 2000, in 2001 President George W. Bush initiated the No Child Left Behind Act, which sought to add uniformity to the level of education each student received in each grade. Although the act was well-intended, the amount of testing required did not really affect the amount that each child learned.

The Council of the Great City Schools conducted a two year study in large cities to find exactly how much testing was done in schools and found that eighth graders spend an average of 4.21 days of of the year taking mandated tests which doesn’t include individual class testing. They also found that mandated testing time yields no improvements on reading and math scores on the National Assessment of Educational Progress, which is an organization that creates multiple standardized tests to measure students’ progress in the core subjects.

As opposition to too much testing grows around the country, Houston Independent School District (HISD) is having some of it’s own problems as well. State law prevents students from being allowed to miss state and national standardized tests, however the law does not give an explicit punishment for students who willingly won’t take them. Many parents are protesting the tests by having their children skip school on the testing days and since there’s no decided punishment HISD is scrambling for answers as all they can really do right now is tell parents the benefits of standardized state tests.