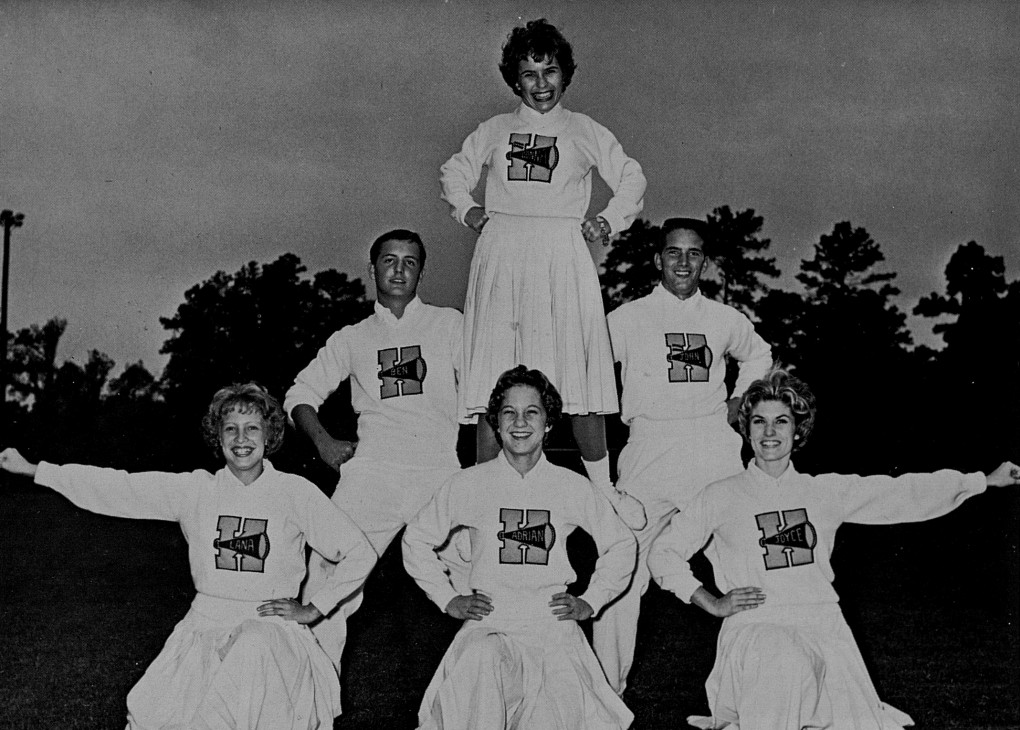 [dropcap]Three[/dropcap] days after school began, 14 fall sport team captains received an email from the Dean of Students, Mr. Josh Ramey. The email was about “spirit dress” for athletic teams, which refers to clothing worn on a game day that does not meet the normal dress code standards. Mr. Ramey outlined three rules for spirit dress: Get permission in advance for the attire; all team members must wear the same outfit; and don’t ask before every game—only a few of the important home games.

The dress code has long been a source of dissension between the students and their school. This year, the Upper School will observe adherence to the dress code rules: all students, including athletes on game days, must follow the dress guidelines as they are stated on page 38 of the Student Handbook. Specifically, game day dress attire would no longer be exempt from the guidelines. Spirit dress would be enforced more strictly to ensure students remain compliant with the dress code, and athletic teams must go through a series of steps to get their game day outfits approved. Game day outfits have “latitude,” according to Mr. Loach, but must remain appropriate—though not necessarily in line with the dress code. This approach to spirit dress has been made in an effort to make the dress rules more consistent, gender neutral, and fair for all athletes.

The biggest change is a positive one for the majority of athletes: Where in the past some sport teams were allowed to wear their uniforms and other teams were not, all teams now have the opportunity to wear an outfit that does not meet Dress Code guidelines, as long as the outfit remains appropriate. For example, while the Dress Code normally bans ‘sports uniform’ attire “such as basketball shorts, sweatpants, warmup pants and yoga pants,” a team could wear sweatpants on their game day if they discussed it first with Mr. Ramey.

If a student checks the section governing Dress Code in the Student Handbook, the difference jumps off the page. Instead of the rules being gender specific as they were in last year’s dress code, with separate paragraphs grouped under Boys and Girls, they are now outlined in a bullet-point list of rules that applies to both boys and girls. No new rules were added.

“Last year, Mr. Ramey and I noticed that other athletic teams began wearing parts of their uniform that did not meet the requirements of the dress code, for instance, sweatpants,” explained Mr. Loach. “These teams were not asking permission to do so, which was was an issue. But we still wanted to find a way to support all of the teams’ desire to show team unity and spirit, but within reason. Therefore, this year, Mr. Ramey shared with the team captains our guidelines for ‘spirit dress’ on games days.”

However, this new announcement came with a great deal of confusion. Students lacked a clear understanding of what constitutes an outfit as “within reason” when dressing for game day. Some of the misconceptions and misunderstanding stems from the fact that the announcement appears counter to what the dress code explicitly states. Students have recognized a gap between the rules they are being told and what the handbook states as to what is appropriate, and some voiced concerns that what they’re told will change on a case by case basis. Mr. Loach emphasized that students seeking to don spirit wear out of dress code must discuss their plans with Mr. Ramey—and that discussion can be a negotiation.

The cheerleading squad has already felt the effects of the new enforcement. Cheer skirts can no longer be worn in school without leggings underneath, as they are not knee length. This concession is a new one under this year’s expectations for game day dress, as the dress code states that if a girl is wearing a skirt that is not knee length (like the cheer skirts), she must either wear slacks or jeans underneath. Leggings are only allowed if the skirt is “regulation” (reaches the knees).
“On a Spirit Day, [the dress code] is relaxed, but I still expect the dress to be appropriate,” said Mr. Loach, adding that he wanted students to “have fun and be spirited, but it needs to be within the spirit of the law.”
Mr. Ramey and Mr. Loach each shared a number of reasons for these changes. It is Mr. Loach’s goal to preserve the propriety of dress when at school—an academic environment—therefore, the athletic uniforms are only appropriate to wear at an athletic event. Another reason was the double-standard in letting the cheerleaders wear their skirts when the field hockey, volleyball, and cross country athletes don’t get to wear their uniforms.

While the school administration has valid reasons for the new enforcements, such as preserving school as an academic space and respecting the dress code that comes along with that, many cheerleaders and their families have vigorously objected to the announcement. After three years on the squad, senior captain Hallie Wilson finds it very disappointing that her teammates won’t be able to enjoy the same privileges she did.
“They are always telling us to ‘Be Kinkaid.’ However, by not letting us wear our skirts, they are uprooting decades of tradition that have been in place since the start of the school,” said Wilson. “Wearing leggings draws attention to the fact that the administration thinks our skirts are too revealing. I don’t want to have to feel uncomfortable, sexualized, or weird about wearing the skirt.”
Like her other teammates, Wilson takes her uniform seriously and was devastated to discover that she would have to wear an altered version on game days, which is either the top half of their uniforms, or leggings under the skirts to make their dress more conservative.

Another criticism presented by the cheerleaders and other athletes is the inconsistency of the definition and regulation and the way they go about informing the students of the new enforcements.

“The inconsistency comes in when the cheerleaders can’t wear something when everyone else can. All of my non-cheerleader friends wear old cheer skirts on theme days, and they don’t get in trouble,” Wilson stated, whose views are shared by a number of other students. Essentially, they argue that by trying to be more consistent, the dress code is actually achieving the opposite because the administration is taking game day wear on a case by case basis.

Because the rules on game day dress are not written anywhere in a specific and digestible wording, many people are confused on exactly what those rules are. This has proved problematic for many students. Football players on the day of the St. Thomas game showed up to school in torn jean shorts, as is the tradition to wear on western spirit. These shorts do not comply with the dress code. But they do support school spirit and create excitement and even laughter amongst the students.

“I think all teams should get to wear their clothes. It is a tradition, and cheerleaders have been doing it forever,” said varsity football player William Alcorn (11).

Cheerleaders were quick to point out the perceived unfairness in having the boys show up in Daisy Dukes while the cheerleaders were being asked to wear leggings because their skirts were not appropriate for school. Mr. Loach said that he told some of the students with shorts that were too short to change but didn’t get to talk to every one of them.

Most of the athletic teams agree that a better solution might have been allowing everyone to wear their uniforms instead of taking away privileges from the cheerleaders, especially on spirit dress Fridays.

Varsity field hockey player Jennifer Jacobe (11) also expressed feelings of frustration. “You can’t let some teams wear one thing when another team doesn’t get to wear the same,” said Jacobe. “All teams should be able to wear their uniforms because it promotes team spirit.”

Other programs have likewise felt the effects of these changes. Anna Glickman (11), a dancer, explained that the dancers “only had two dance shows last year, and we asked if we could wear our dance sweatpants and we were denied both times.” The dancers are hoping to benefit from the new enforcement of the dress code rules this year.

Mr. Loach pointed out that “some things may be more appropriate that are a part of a player’s uniform than others. So a tracksuit still fits in with the definition of appropriate. A field hockey skirt without leggings would not.” Therefore, all athletic teams, including the dancers, should be permitted to wear their sweatpants or warm-up suits if they follow the criteria, whereas in the past only cheerleaders were permitted to wear their uniforms.

Jack Nevil (10), who plays varsity lacrosse, agrees that it is a great privilege to wear game day dress at school, and that each team should have a special outfit they can wear to promote their games.

“I love my spacesuit and and I think all teams should have something like that,” he said. The boys varsity lacrosse team has special sweatsuits that they wear on game days in the spring and love getting to promote their games with these outfits.

Although a large portion of students disagree with the new guidelines governing spirit dress, it was actually students that provoked the change. A couple of years ago, the girls varsity field hockey team came to Mr. Loach and asked for the same privileges as the cheer squad. He decided their kilts would not be appropriate for school, and the girls were quick to point out the double standard. Other sports wanted to be able to wear their uniforms too, but as Mr. Ramey pointed out, “What makes the swim team’s uniform appropriate for the pool but not appropriate for school?”

Although swimsuits are different from skirts, the point remains the same. Consistency demands that if only one can, then none should.