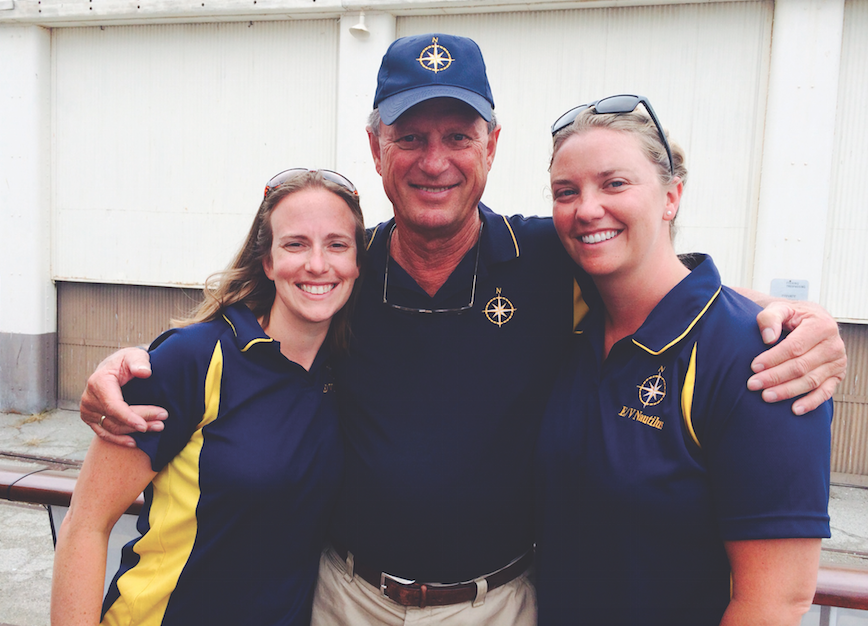 [dropcap]S[/dropcap]ailing in the Pacific Ocean on a four week study, Ms. Stephanie Toro seized the opportunity to combine her two passions: marine science and education. She was able to study the ocean on a research vessel called the Exploration Vessel Nautilus, or the E/V Nautilus, off the coast of California for four weeks in July through August.

Ms. Toro has taught biology, marine science, environmental science, and geology in the Upper School since 2012. After years of recommending the Ocean Trust Program to students, she seized the opportunity herself after Dr. Sonia Clayton, head of the science department, authorized her to go on the trip.

Dr. Robert Ballard, the famous underwater archeologist who discovered the wreck of the RMS Titanic, operates the research program on the Nautilus. The Nautilus is a 64-meter research vessel, equipped with some of the latest technology for improved ocean exploration. Some of that technology includes high-resolution seafloor mapping and satellite transmission of data.

Every day aboard the vessel, Ms. Toro would wake up at 3:40 a.m., throw on her uniform, get something to eat and go “on watch” from 4 a.m. to 8 a.m. Her second shift took place from 4 p.m. to 8 p.m. Some of the different roles when “on watch” included answering messages or questions coming in on the ship’s website www.nautiluslive.org and overseeing data-logging of collected rock or animal samples. The other occupants of the ship, with whom Ms. Toro worked closely with, were of many different occupations including pilots, navigators, engineers, scientists and a few interns.

The most challenging aspect of this trip for Ms. Toro was getting sleep due to all the activities on the ship. For fun, she did yoga on the deck in the fresh air, or worked out in the gym.

On her trip, Ms. Toro kept the Kinkaid community updated on her daily activities and discoveries through her Twitter account, @scubasteph587.

Ms. Toro made many friends she still keeps contact with, as well as countless unforgettable memories.