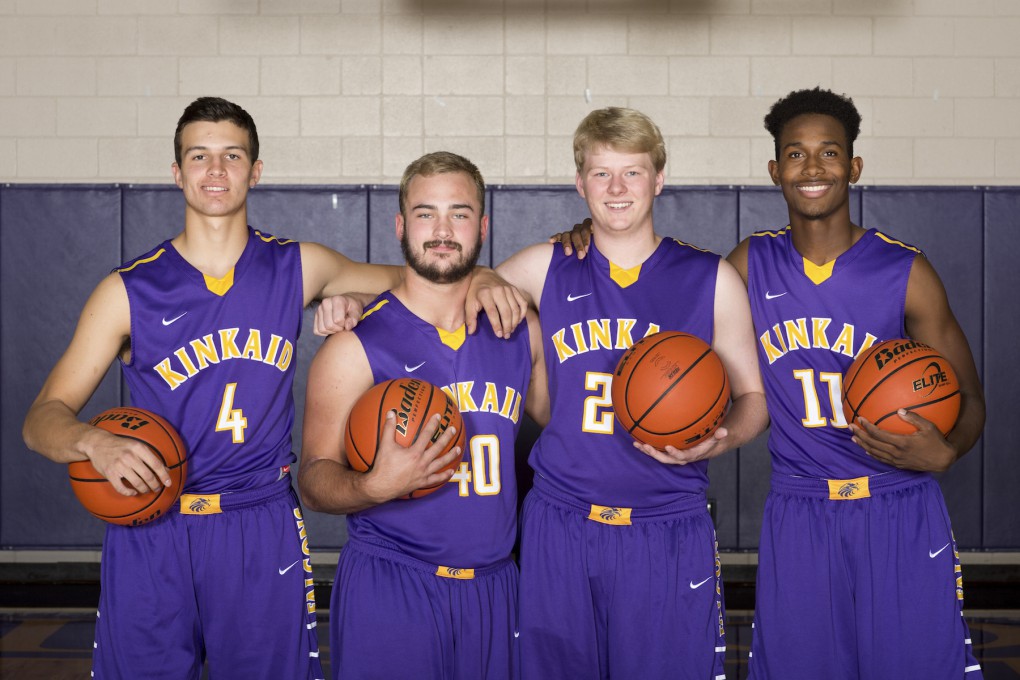 [dropcap]W[/dropcap]ith the winter season underway, the gyms are now filled with the sounds of sneakers, whistles, and the pounding of basketballs. The boy’s varsity basketball team has been putting in hard work since the beginning of the school year, and are hoping their  dedication can make up for the loss of many talented seniors. The team is currently searching for their first win, but will be playing in the Lee College Classic Tournament this weekend.

“Our ultimate goal every season is to win SPC.  However, we try to break the season down into smaller goals, and our biggest goal right now is to improve every day.  We have a group of guys who have not played much together, and we need time in the gym to develop chemistry,” said head coach Stephen Zimmerman.

With the loss of seniors like Jeff Roberson, the Falcons are relying on production from underclassmen that include Jae LeDee (9) and Jake Shaper (10). Both of these young guards are off to a strong start this season and are building chemistry very quickly.

“Personally I am hoping to average double digit points this season, and as a team I am hoping we can take down opponents like St. John’s and Episcopal,” said Shaper.

Injuries and illnesses have plagued the Falcons so far this season. Star center Brandon Charnov (11) is out for the season with a torn ACL and Sam Mays (12) has missed the first few games due to illness. There injuries along with a few others have left the Falcons very undermanned, and they are hoping that with a  healthy team they can bounce back quickly.

In a very tough conference, the Falcons will need to be at full strength come January for their SPC games. Tough conference opponents this season include Cistercian in the North as well as Episcopal and Houston Christian in the South. The Falcons are excited for these SPC games in January and February as well as upcoming tournaments like the Austin Westlake Tournament at the end of December.

“I look forward to all our SPC games, and I always enjoy the Austin Westlake tournament. It has great teams, and I like spending time away from Houston with our team,” said Coach Zimmerman.

For almost everyone on the team, preparation for the season began long before the first week of practices. Marshall Oelman (12) and Vitaly Bournin (11) took part in workouts with Coach Larry Wilkins everyday after school for over two months. These workouts usually included running and sprinting on the track as well as weightlifting in the gym. Other players like Shaper and LeDee play basketball year round, and never stop training.

“During the summer I play for my AAU team, and we have tournaments almost every weekend,” said Shaper, “I also have about three practices a week with lessons and shooting at home.”

Coach Zimmerman believes that the key to the Falcon’s season will be defense. He believes that if the team can play four quarters of “solid, fundamental defense” they have a chance to win any game they are playing in.

During an average practice, they will run through fundamental drills before learning new plays. At the end of practice, these new plays will be implemented into a full court scrimmage. Sometimes the team will also split into position drills with guard working more on ball handling and shooting and forwards on post moves.

The boy’s varsity basketball team hopes to start the SPC games off with a win at home against Episcopal at 7:00 on Friday, January 1st.