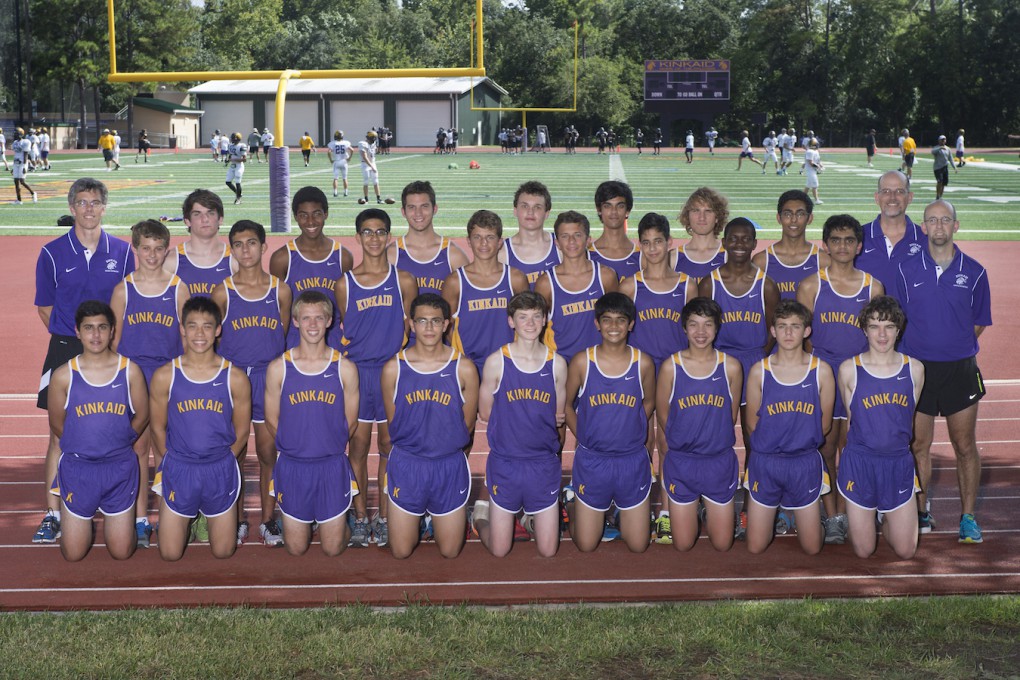 [dropcap]F[/dropcap]rom Worst to First. That was the motto of the Boston Red Sox as they came back from finishing last in their division to win the World Series last year. For every team, the comeback trail is different: a return to success after a tough season, losing a key player due to injury and having their replacement star, or even hiring new coaches that reenergize the program. The Kinkaid Boys Cross Country team needed a culture change to rejuvenate the program.

Three years ago, the Boys Cross Country team finished 16 out of 16. Now, they enter this year hoping to follow up last year’s top 10 performance at SPC with a top 3 or even an SPC Championship.

“We have high expectations this year and plan to be one of the top teams in the conference,” said head coach Ryan Gillentine.

This resurgence in Kinkaid Cross Country did not happen by accident. It began when Coach Gillentine was brought into the program and sparked new enthusiasm and excitement to cross country. Coach Gillentine brought new coaching strategy and technique with him. He coaches off of the principles established by Joe Vigil—“one of the biggest strategic minds in cross country”—a former college coach who led his teams to 12 NAIA National Cross Country Championships.

Oscar has been running at number two for the Falcons, and he finished 6th with a time of 13:36 at the Friday Night Lights Tournament at the Bear Branch Sports Park. The lead runner this year is Matthew Morico, who finished the 4K race in 5th with a time of 13:35. Morico, along with Horatiu Calin (12), Henry Hyser (12), and Tyson Taylor (12), are the captains of the team. The Falcons also placed 1st out of 41 teams at the Greenhill School 6 Mile Relay. The team consisted of Taylor, Morico, Melendez and Andres Melendez (9) They dominated the race from the beginning and Morico kept the Falcons in the lead as he closed out the race. Kinkaid had a team consisting of Heyser, Brendan Martin (11), Dz and Socs Zavitsanos (9) who placed 9th.

Cross country practices take place every day after school. Monday and Wednesday are the hardest days for the runners, as the coaches will push them to maximum effort. Tuesdays and Thursdays are recovery days where the team will run anywhere from four to seven miles. Friday will be a lighter workout in preparation for the meet on Saturday. This practice strategy improves the development of runners over more basic training regiments.

Managing schoolwork with cross country training is also a challenge. With meets almost every Saturday and practice everyday after school, finding time to study can be difficult.

“I start my homework as soon as I get home from practice. Our meets are usually on Fridays or Saturdays, so they don’t interfere too much with my homework,” said sophomore Saef Iftikhar.

Hard work and determination over the summer helped improve the team. The team ran six or seven miles almost every day this summer, and some runners put in extra work by attending running camps. Oscar and Matthew were among them, and they credit this extra work with helping them speed up their times. Coach Gillentine received his Level Two USA Track & Field Coaching Certification over the summer and hopes to have better coaching technique this season.

“The boys really committed to training over the summer. The amount of work put in over the summer is helping put the team on a whole different level now,” said Coach Gillentine.

Another reason for success is from the depth of the team. With nine new freshman, and only two seniors lost, the Falcon’s roster is as deep as it has ever been. The incoming class is highlighted by Andres Melendez and the twins Dz and Socs Zavitsanos.

“I have gotten used to running with my brother on the team, and it is a lot of fun. There is always extra pressure at meets to beat him, but it’s always good-natured competition,” said Oscar Melendez.

The heat and humidity also play a huge role in cross country. During meets it is not usually a problem because the team runs early in the morning on Saturdays, but in practices, the heat can be brutal. With the temperature beating down at over 100 degrees on some afternoons, runners must be careful to stay hydrated and not overheat.

Coach Gillentine tries to adjust the pace and volume of the team’s running according to the heat. “The optimum temperature for running is around 65, but of course we live in Houston, Texas so that is not logical.”

Camaraderie and friendship of the athletes is a major factor in running cross country. All of the team members have become friends on and off the field. Coach Gillentine refers to the athletes, coaches, and fans/parents as a big family. He believes that this closeness is where the success of the team stems from.

Senior captain Horatiu Calin describes the team as “a brotherhood” and said that he would not want to subject himself to the brutal heat of runs without the support of his teammates. Iftikhar also exclaimed that running with his teammates helped to make them a lot closer on and off the track.

Finishing in the top ten of SPC is not easy, but aiming for the top three is even more difficult, with 19 teams competing for the SPC title. The Kinkaid program has come a long way in the last few years, but if the Falcons are going to fulfill their SPC dreams they must first get past difficult competition.

“I would say that St. Johns is our toughest competition this year. They always have a very tough team, but I am hoping that we can take them down this year,” said Calin.

The Falcon’s next meet is tomorrow morning at St. Mark’s School of Texas.