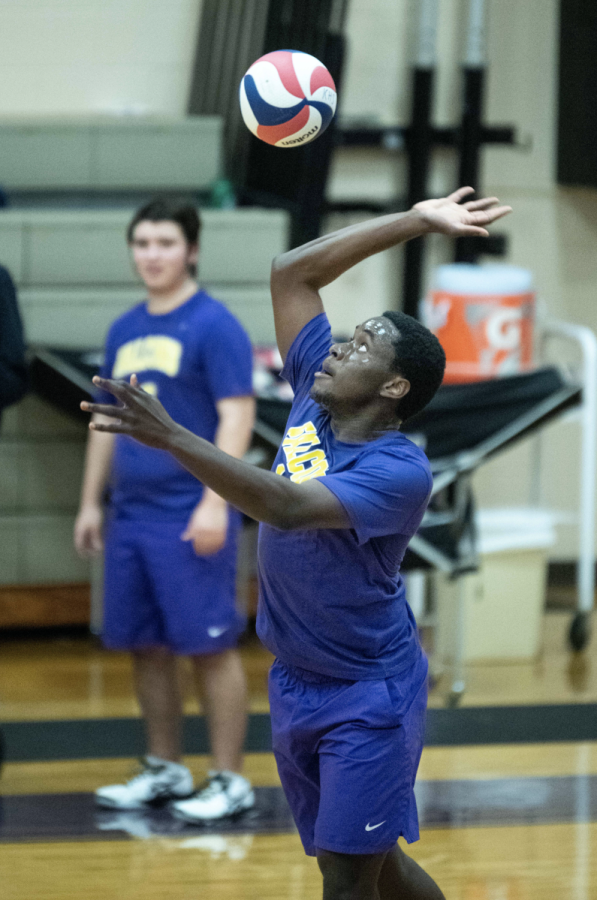 For the first time in program history, the boys varsity volleyball team wrapped up a long preseason of conditioning and plyometrics by playing an alumni versus varsity game.

“We were ready to compete,” junior Eric Wang said. “We worked really hard this preseason and testing our growth against the alumni was the perfect test.”

The alumni team brought players who graduated from 2014 to 2021. One of the former players even flew in from Philadelphia.

“While none of these guys were division one players, we could tell they had been playing a lot of club volleyball,” said senior Cullen Grant.

The first set went down to the wire, with varsity winning 25-21.

The second set was a more dominant performance from the varsity team; they won 25-15.

The alumni were not able to counter the varsity team’s power and chemistry, causing them to fall to a large lead early in the matchup.

The last set was similar to the first set with each team coming together and fighting hard to win.

“For alumni, it’s a chance to catch up with each other, see their old coaches, meet the new varsity, and play together again,” Holt said.“ For the varsity team, it’s a great way to wrap up preseason. They much prefer a match over another round of plyometrics or a ‘Falcon Mile.’”