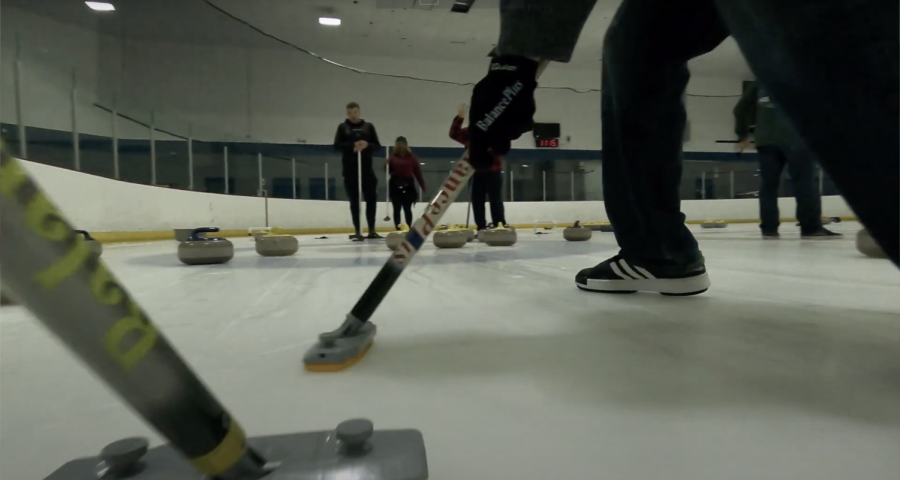 A shot from Segal's documentary "Slideshow"

April 24 was a special day for filmmakers in the Kinkaid community.

To finish off a long weekend of arts events, the annual film festival occurred at 6 p.m. in the Brown Auditorium. Each film student had at least one project played to entertain the audience during a 90-minute showcase. Many of these films were also shown at Field Day on April 21.

“These guys are really special,” Mr. Gillentine said. “I only have a few seniors in my graduating class, but y’all, your creativity and your drive will be missed!

He shared with the community about the “Senioritis” episodic project which the advanced filmmaking class has been working on for the past semester; junior Jackie Jafarnia, Altsuler and Segal discussed their biggest learnings from the process.

“It was cool,” Altsuler said, then passing the microphone to Segal before taking it back with a laugh. “No, but seriously… I’ll never forget this experience.”

After Mr. Gillentine’s address, a variety of narrative, experimental and documentary films premiered. Students from across grade levels directed, produced, wrote or starred in these films.

“It was awesome!” sophomore Charlie Schmidt said. “I really enjoyed seeing myself on screen, and it was so fun to see what my peers created.”

Some fan favorites include “The Slideshow” by Segal, a documentary highlighting the Curling Club of Houston; “Delhi Days” by sophomore Eshaan Mani, a documentary highlighting Mani’s father’s childhood escapades growing up in India; “Grace?” by Altsuler, about a boy and his quest to find his crush; and “Purple People Eater,” a narrative horror short film that was created by the advanced filmmaking class for Halloween.

“I’m walking out of this film festival with gratitude for my incredibly talented classmates and inspiration and excitement for my next project,” freshman Sam Ferber said.