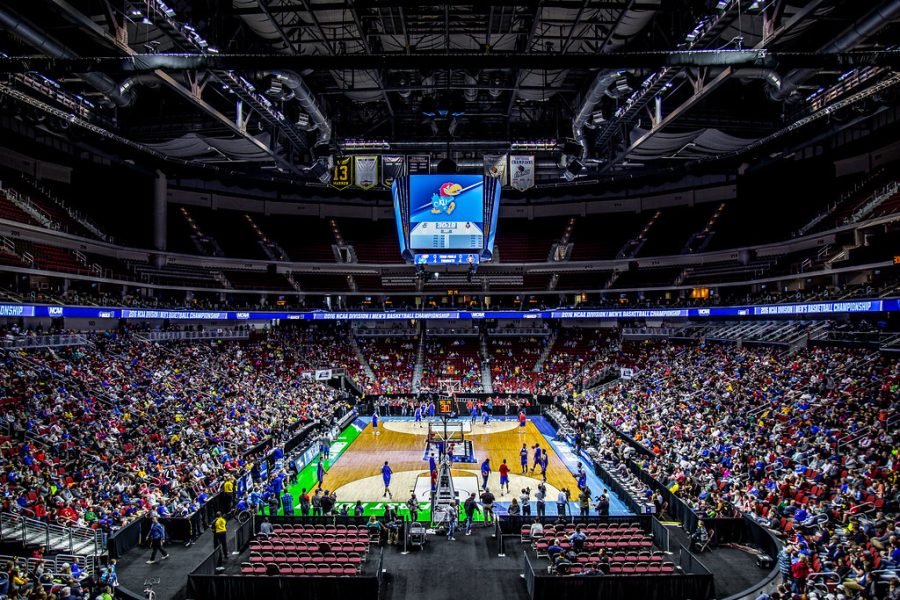 A big crowd was on hand for the free practice sessions before the tournament gets underway.

The Kansas University Jayhawks ran off with another NCAA trophy after staging a  comeback against the University of North Carolina Tarheels.

UNC was leading with 15 points going into halftime, but KU overcame that significant deficit to win the tournament.

Junior Preston Herleth made his bracket with KU winning the entire tournament.

“I was very nervous going into halftime because my team was down by a lot. I knew my Jayhawks wouldn’t let me down in the end though,” Herleth said.

KU’s comeback win is exactly why March is called “Madness” during the NCAA college basketball tournament.

When teams from around the country face off with hopes of advancing to the next round of the tournament, many sports fans make their own brackets for the tournament, going through each game and choosing the team they think will go all the way to the championship game.

However, two days into the tournament this year, not one person had a perfect bracket because brackets ruptured due to several upset games.

“I was very confident in my March Madness Bracket,” Liuzzi said. “#12 New Mexico State beating #5 UConn messed up my bracket from the very beginning.”

It is evident that anything can occur in the tournament. Constructing is almost impossible to predict accurately.

AP Statistics introduced a challenge in which the top three brackets of the men’s and women’s tournaments receive a homework pass.

“In class, we discuss the probabilities of teams winning their games based on their previous games and stats,” junior Harrison Lawrence said. “Even though the probabilities help, it is still very difficult to accurately pick the winners.”