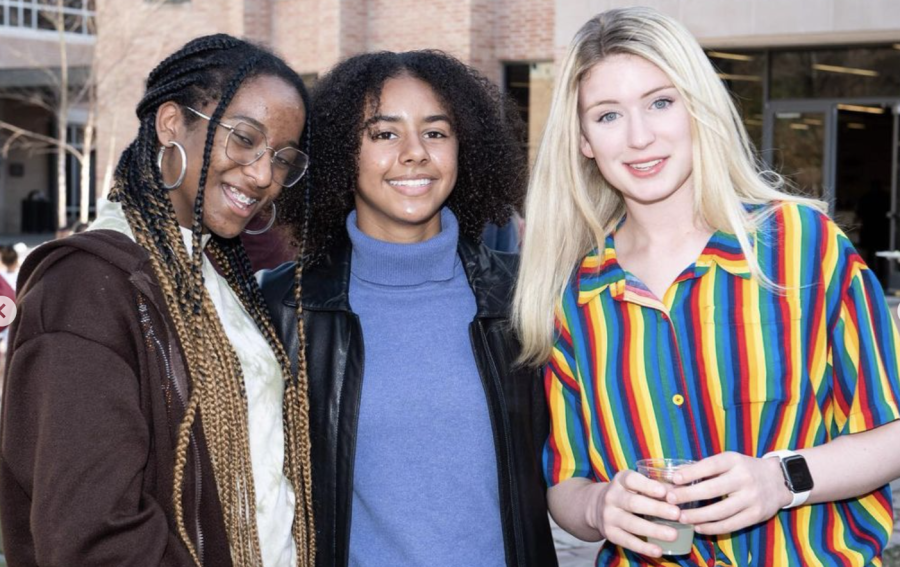 The community was excited to welcome new students!

Dozens of new students went through the daily school schedule of a Kinkaid student on March 25 and March 28 during the annual Middle School and Upper School Shadow Day.

“Shadow Day is nerve wracking but exciting,” freshman Ray Tian said. “It’s fun to introduce new students to Kinkaid and show them around campus, but there is also a pressure to give the shadowing student the best experience possible, which can be stressful.”

Shadow Day is an opportunity for prospective students to spend the day on campus by shadowing current freshmen, experiencing firsthand what it’s like to be a student at Kinkaid. Shadowing students were on campus for the first three periods of Friday and Monday, observing and participating in English, math and biology classes.

Tian was one of several freshmen chosen to be shadowed. He said being shadowed has given him perspective on how best to represent Kinkaid.

“You don’t know whether you’re coming off too friendly and whether that will affect if they come to Kinkaid,” Tian said. “I think there’s a lot of responsibility in being shadowed.”

“Kinkaid is much nicer than my old school,” Price said. “Everyone has been really friendly and kind to me, and I look forward to experiencing all the classes at Kinkaid.”

Freshman Irene Capitano said she believes the occasion was a great way to meet new people.

“Shadowing Day is important to inform incoming students about Kinkaid’s environment and should be continued,” she said.