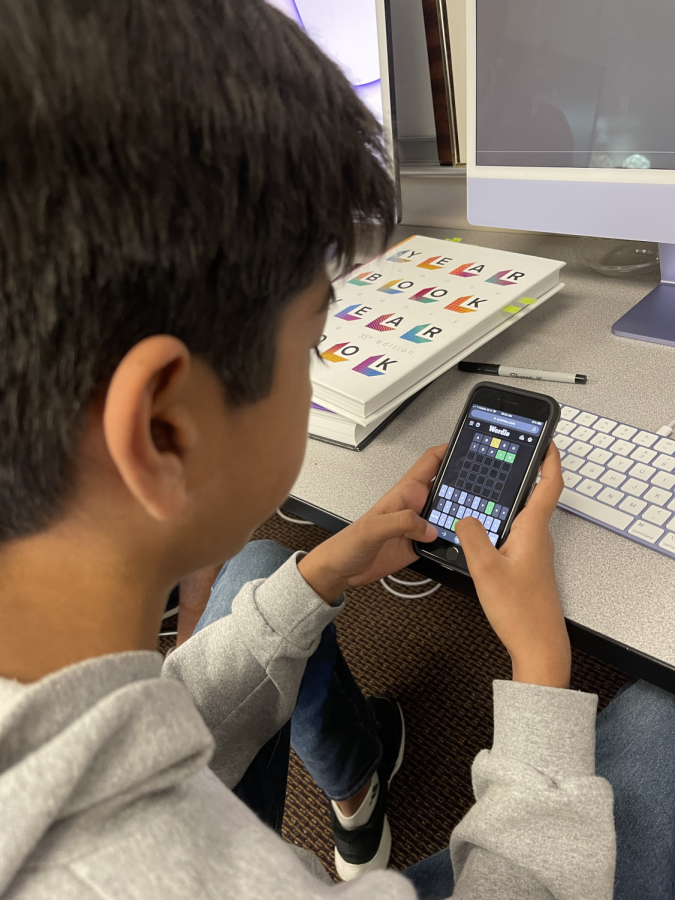 Freshman Shaan Dhutia tries out the Wordle for Feb. 14.

In the hallways of Kinkaid and beyond, a new craze has erupted: Wordle.

Wordle has quickly become an online sensation since its release in October 2021, with millions of players worldwide.

The game is simple. Each day, players around the world have to guess a five-letter word with six attempts. The game gives them hints indicating how close they are to cracking the code with color codes.

“Wordle is such a fun game because you get to work with your friends and struggle to figure out the word of the day,” said junior Tim Elkins. “The six attempts really make you have to think carefully about your guesses. No one wants to miss the word.”

Indeed, the collaborative aspect of Wordle may be the key to its booming popularity.

“I honestly wouldn’t be playing Wordle if my friends weren’t,” said sophomore Kaveen Shah. “Having a community of people to talk to about it really brings it to a whole other level.”

Junior Andrew Tellepsen shared that he often plays Wordle with his friends because they help one other guess.

“One time, I had one more chance to guess the word and I was saved by one of my friends,” junior Andrew Tellepsen shared. “It was a nailbiter. The whole experience is why Wordle is so much fun. Not only is the game a good mental challenge, but you also get to work with your friends.”

Wordle’s popularity has shown in recent national headlines. At the end of January, the game was bought by The New York Times for a seven-figure sum from its inventor Josh Wardle.