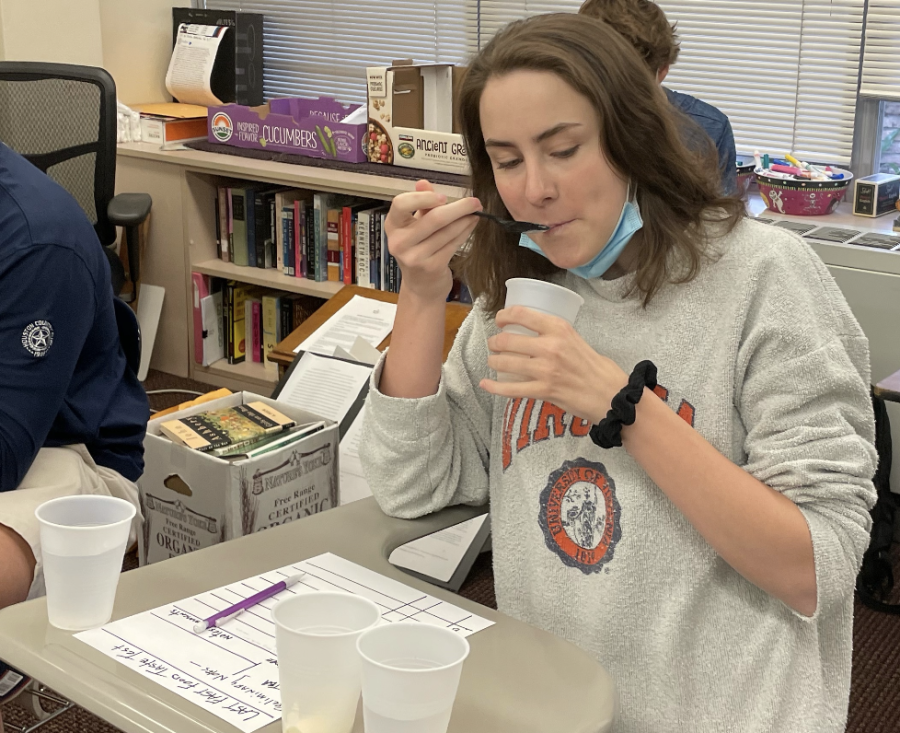 “French fries from McDonald’s are fake,” said Johnny Griggs, a junior in the “Fast Food” class. “They’re not real fries. It’s like chemicals.”

McDonald’s is arguably most notable for its golden, crispy, salty french fries. They seem like they would be simple to make: just oil, potatoes and salt, right?

McDonald’s nutritional information reveals that its fries actually include eight ingredients, not including six ingredients in their oil and four ingredients in their salt. Together, the potatoes, salt, and oil used for the company’s fries include ingredients such as sodium acid pyrophosphate, the antifoaming agent dimethylpolysiloxane, and silicoaluminate.

Maybe students should try making these fries in chemistry class.

According to Consumer Reports, fast food restaurants use large scale factory farms that usually give their animals antibiotics to speed up their growth, which puts the antibiotics in people’s body when they take a bite out of a Big Mac.

“I started this class as an excuse to read what I felt like was a really great book,” Dr. Scott said.

The book in question is “Fast Food Nation” by author Eric Schlosser, but over the past 20 years, Dr. Scott said his course has changed to only reading a few chapters from the book.

The class has taught students some magnanimous facts about the industry, some darker than others.

“The fast food companies cover up the people who try to expose or stop what they’re doing. They don’t let the truth come out,” said Blake Hicks, a sophomore in the class.

“It’s not even just the fast food industry, it’s like the U.S. government too,” agreed Junior Lucie Kunetka. “They just lie to us about what’s in the food and really what’s good for you and what’s not. It’s basically an empire that’s responsible for obesity in America.”

When asked about which restaurants they strongly would or would not recommend, students in the course were strongly against McDonald’s, agreeing that most of their food products were not real food at all.

“I wanted to take this class so I would learn about how bad fast food is and never eat it again,” Kunetka said.

However, the class is not about how terrible fast food is.

“This is not a class in which we bash the fast food industry, or we say that you should never eat fast food. We do eat fast food in the course,” Dr. Scott said. “I want people to understand the kind of power they have as choice makers and to use the information.”

At the end of the day, people decide what they put into their bodies. People have a choice to make given the information they learn about food every day.

“Today, you can go to a fast food restaurant and see the calorie information, you can read food labels when you go to the grocery store.” Dr. Scott said. “I hope I give students a lot of information they can put right into use with regard to how they eat and what they eat.”